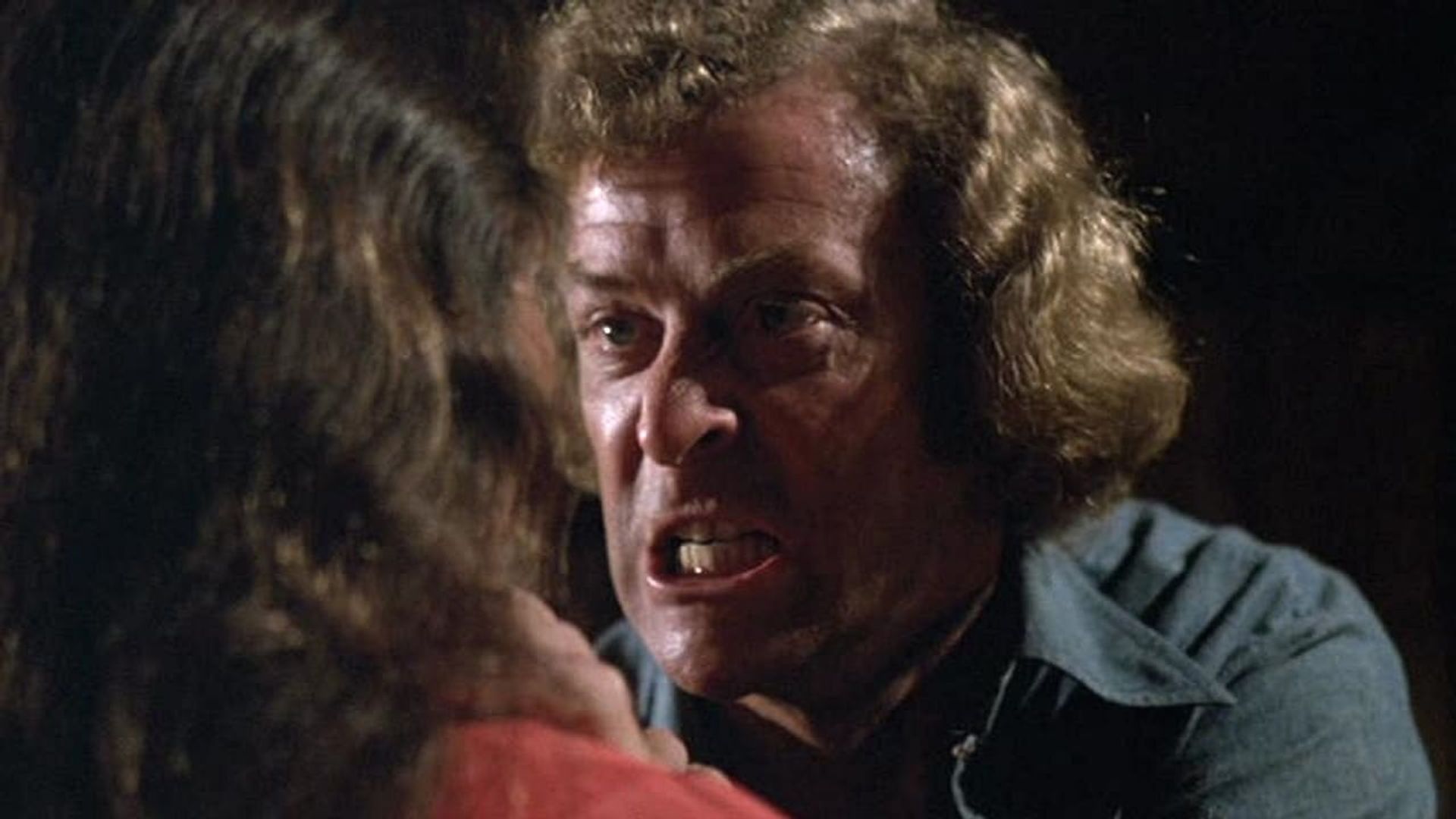 There’s a great story about Michael Caine being asked to comment on his co-starring role in the voodoo-frosted disaster of 1987’s Jaws IV: The Revenge, to which he’s said to have responded, “I have never seen it, but by all accounts it is terrible. However, I have seen the house that it built, and it is terrific.” It’s a fantastic quote, one that serves to remind us of Caine’s stature in the movie industry while underscoring the oft-lamented but impossible to ignore relationship between art and commerce. No matter how much we might love an actor’s work, it’s still work — a gig that pays the bills like any other.

The bad thing about that quote is that it may, for some people, create the impression that Michael Caine is a mercenary — one of those inarguably talented actors who has a tendency to sign on for shitty projects just as readily as award-winners. And while there’s no denying that Caine has been in his share of turds, I still think he’s more trustworthy than, say, Ben Kingsley or Al Pacino. Watching some of his movies might leave you wondering whether he read the script, but you never doubt his commitment to a role, no matter how dunderheaded it might be.

Like a number of films covered throughout Some Guy Cinema, The Hand represents, on paper, a deeply intriguing collection of talent. Aside from Caine, the cast boasts the ever-watchable Bruce McGill, plus future Mommy Dearest star Mara Hobel; on the other side of the camera sits screenwriter and director Oliver Stone, directing his second film and riding high on his Oscar-winning script for Midnight Express. This is not the group of people you’d expect to see making a movie about a murderous disembodied hand! But they did, and although it isn’t very good at all, Michael Caine sells the shit out of it.

Caine stars as Jon Lansdale, writer and illustrator of the syndicated comic strip Mandro, a fantasy series about some sort of roving warrior/barbarian/king. From the opening moments, Stone foreshadows like a motherfucker, zooming in on Jon’s drawing hand (which sports a gaudy signet ring), showing him chopping wood with an axe, and making time for a conversation between him and his daughter Lizzie (Hobel) about the twitching tail of a lizard that dropped its appendage while being pursued by the family cat. Lizzie wants to know how the tail can tell she’s about to nudge it with a stick; Jon tells her it’s just a reflex, albeit one that’s sensitive enough to leave her amazed. (This conversation comes to an abrupt end when the cat, who deserved an Academy Award of its own, comes screeching in and runs off with the tail.)

In the midst of all these anvil-heavy hints, it becomes apparent that not all is well in Jon’s seemingly idyllic Vermont home. His wife Anne (Andrea Marcovicci) has decided she wants to sign up for classes with one of those vaguely defined “new you” lifestyle organizations that were frequent punching bags for the shows and films of the era, and she’s set her sights on an apartment in New York for the winter — one that is, quite intentionally, not quite big enough for Jon. This all comes out during an argument in the car, one that sows the first few seeds of doubt where Jon’s concerned — he’s enraged by the very idea that she’d want to spend the winter apart, while she seems perplexed, and insists this is something they talked about before. Unmoved, Jon forbids Anne from taking the apartment, at which point she floors the gas pedal, says she’s doing it anyway, and goes to pass a truck in front of them — only to realize she doesn’t have enough time to get back over before an oncoming vehicle will hit them head on. Just like that, Jon’s hand is lopped off and launched into a field, signet ring and all.

Aside from Stone thwopping the viewer over the head with certain things, there are some nice ambiguities nestled within the opening moments of The Hand. Jon is kind of an asshole, and an alert viewer will come to understand fairly quickly that the version of events we see through his eyes may not be accurate. On the other hand (ha!), his marriage is collapsing, he’s just lost his fucking hand, and the wife who wants to leave him is at least partly to blame, so it isn’t hard to empathize with his distress on some level. To put it more simply: When we meet Jon, he’s a relatively quiet guy who isn’t quick to anger…or is he?

The Hand is part of a semi-tradition among horror movies — films in which the (typically extremely repressed) protagonist is tormented by something that at belongs to him in some way, yet seems to be out of his control. While watching it, I was reminded of 1978’s Magic, starring Anthony Hopkins as a mild-mannered ventriloquist who’s bullied by his murderous dummy (or is he?). The two films hit a number of similar beats, and they’re also a lot alike in that they’re deeply silly on a conceptual level — although there’s something creepy about a disembodied hand and/or sentient ventriloquist’s dummy, it’s also very difficult to describe either film in a way that doesn’t prompt laughter. These movies are actors’ showcases, at least insofar as they require 100 percent commitment from the stars just to hold it all together.

Caine holds The Hand together, but just barely. The movie is never less than watchable, but it’s also never scary, not least because Stone himself seems unsure of how seriously he wants you to take it. If it were made today, it’d probably be called a horror allegory for toxic masculinity — the hand’s victims are generally people who disrespect Jon’s manhood in some way — but it would have been much more impactful if the story had been told with a subtler touch. Of course, there’s also the matter of the hand itself, which looks ridiculous and never poses a believable threat to anyone over the age of, say, eight. (There’s also the matter of how the hand manages to follow Jon from Vermont to California — or does it? — partway through the movie, but whatever.)

The Hand is the first horror movie I’ve covered for Some Guy Cinema, and I was admittedly on the fence as to whether the genre would fit, but Jon Lansford is nothing if not a Some Guy. Kind of schlubby, struggling with forces beyond his control, viewed with some measure of scorn by his peers and loved ones — he definitely fits the description. If anything, this is just a darker cut of meat from the same bird — viewed through a certain lens, this is the story of a man gradually being forced to confront and accept the darkest parts of who he is, and the most uncomfortable truths regarding his place in his family and the world. You have to squint pretty hard to see it that way — more than anything, this is the story of a hand that crawls around murdering people, and it’s campy as hell — but the subtext is there if you want to find it, and it’s queasily compelling in its own little way. Three out of five Scheiders.