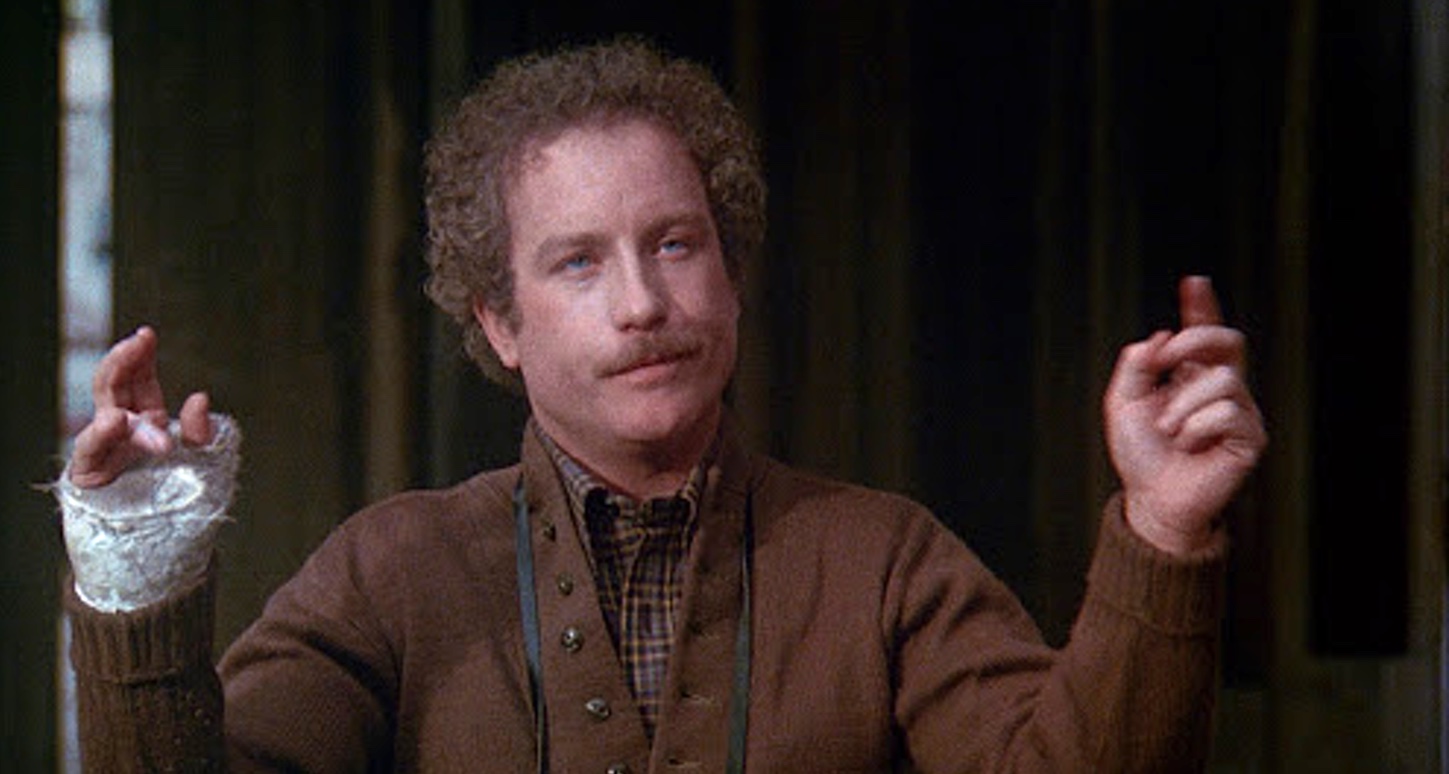 It’s often said that politics make for strange bedfellows, but they can make for some fairly strange movies, too — and 1978’s The Big Fix, starring Richard Dreyfuss as private investigator Moses Wine, is a good example.

Mixing private dicks with politics isn’t all that strange — Chinatown and countless other films have used political intrigue to help fuel their stories, and when Moses gets mixed up in a mystery involving a gubernatorial candidate whose campaign is being sabotaged, The Big Fix is honoring a time-tested tradition. What makes this movie different is why he’s involved — the campaign reaches out to him through his ex-girlfriend Lila (Susan Anspach), an old flame from back when they were both campus radicals at UC Berkeley. Why is this important? Well, the person behind the sabotage appears to be Howard Eppis (F. Murray Abraham), a well-known radical who ran in the same circles as Moses and Lila during their college days. He’s long since gone underground, and the campaign is hoping Moses will know how to find him.

This is a pretty solid setup for a good private eye movie, and Dreyfuss is an excellent albeit somewhat unusual choice for the part of a low-rent detective who’s also an aging hippie. Where The Big Fix gets weird is in the wildly uneven way it balances its central mystery against the societal stuff it has on its mind. Like numerous pieces of pop culture conceived in the late ’70s and early ’80s, it really wants to relitigate the liberal dreams of the ’60s, and the way those ideals were widely co-opted and corrupted by the establishment. It’s like Family Ties with guns in a way.

This description makes The Big Fix sound denser than it really is — which might be part of the problem, but we’ll get to that later. For fairly solid stretches of its runtime, this is a movie that’s pretty light on its feet, and clever besides; for example, when we first lay eyes on Moses, he’s perched on some stairs in an industrial lot, spying on a poultry line with a set of binoculars and using a hand-held counter to keep track of production for one of his clients. He’s got a young boy with him, who turns out to be the younger of his two sons; the other’s waiting in the car, which is where Moses ends up being gently interrogated by a cop who catches him on the steps. When the cop asks for Moses’ license and registration, Moses warns him that he has a gun in the dash, so the cop reaches in and takes it out himself — and is clearly a little put off by the fact that Moses has removed the cylinder and shoved a crayon into the barrel. “That’s no way to treat a weapon,” he protests.

“I have kids,” shrugs Moses.

That opening sequence sets the enjoyably cockeyed tone for The Big Fix‘s opening third or so. Moses Wine is a true blue Some Guy — he lives in a shitty apartment with a “one half” address, his clients mostly depend on him to do process serving, and he doesn’t get along with his ex-wife (Bonnie Bedelia), who’s forever fobbing off the kids whenever she needs to get to a seminar for the EST-style group headed up by her current boyfriend (Ron Rifkin). He’s instantly loathed by Sam (John Lithgow), the campaign manager who hires him to try and ferret out Howard Eppis. It’s all textbook stuff, and with Dreyfuss in the middle, it can feel fairly fizzy in the beginning, even as the script awkwardly shoehorns in a series of conversations about who did or didn’t sell out on their ’60s principles.

After awhile, though, you start to notice the bagginess of the story (adapted by Roger L. Simon from his novel of the same name), as well as its jarring attempts to decide what kind of movie it wants to be. In one stretch, Dreyfuss has to go from wisecracking to grieving to driving for his life, and there’s no cushion at all between those transitions; he sells it all from scene to scene, but it’s still choppy as hell. On its way to solving the mystery of who’s sabotaging the campaign — and threatening to blow up a Los Angeles freeway — it keeps tossing in characters, many of whom flit in and out, until it’s hard to figure out who matters and harder still to care. By the time it wraps up with the obligatory last-minute twist, you may very well have stopped trying to piece it together.

Fortunately, Dreyfuss is there to hold it all together. However flawed The Big Fix might be, I’m awfully glad he was given the chance to lead this type of picture, because he’s really good at it — in a different world, we might have been given a Moses Wine franchise, and I think that world might have been better for it. This is a fairly showy role for Dreyfuss — he gets to be a smartmouth, he gets to play angry, and he gets to be sad, and his charmingly squirrelly energy runs through the whole thing in a truly gratifying way. Even as the story starts to collapse around him, Dreyfuss keeps everything consistently watchable from scene to scene; it’s only later that you’re able to reflect and realize that all that acting was in service of a story that really doesn’t amount to very much at all.

The Big Fix is no Chinatown, in other words, and in fact it may not hold much of a candle to (the first couple seasons of) Family Ties in terms of untangling the way the hippie kids of the ’60s became the yuppies of the ’80s, but it’s rarely less than interesting from moment to moment, and it deserves to be more than a footnote in Dreyfuss’ distinguished career. If you happen to come across it and you’re a fan of this era’s deceptively sunny noirs, do yourself a favor and set aside 108 minutes to check it out. Big ups to my dear pal Jason Hare for facilitating this screening, and a hearty three out of five Scheiders for the movie.