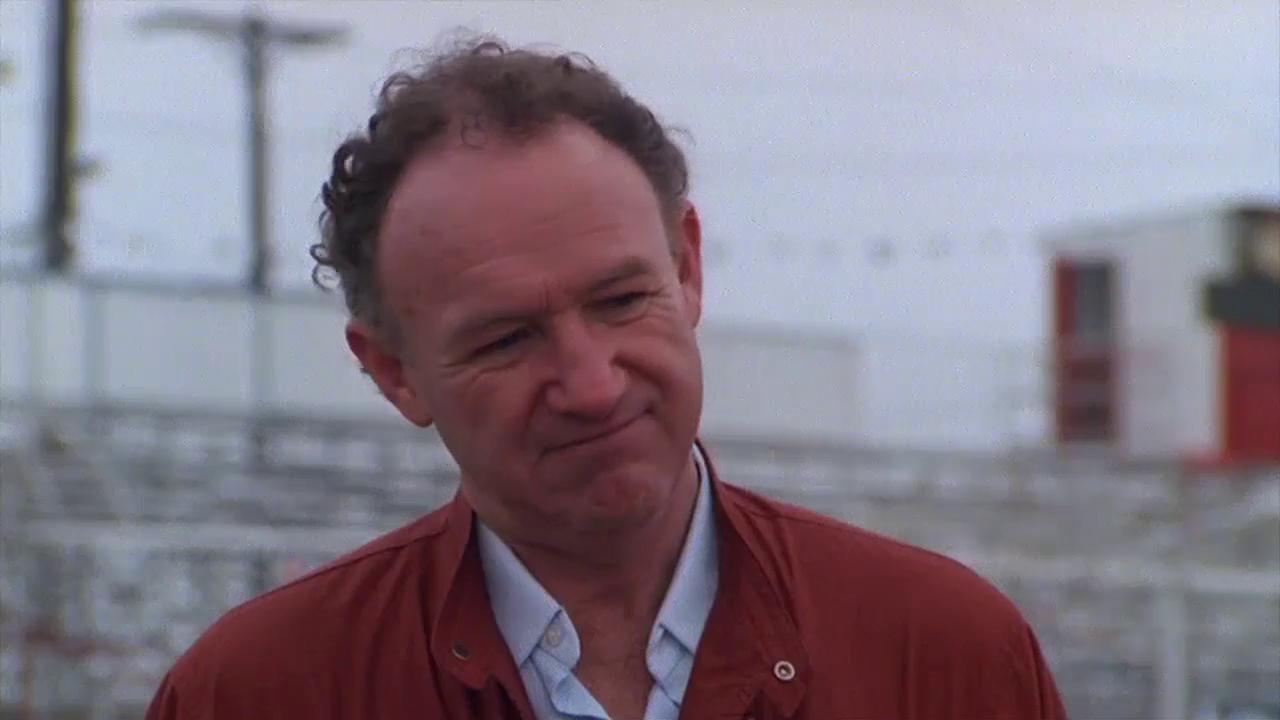 There are some very good things about not dying young — chief among them getting to have the experience of, you know, not dying young — but as I was just discussing with my 15-year-old the other night, living is, among other things, the slow realization that all the choices you’ve made have, over time, built up to exert a sort of winnowing effect on the choices you still have before you, until what once seemed like an existence of vast, boundless opportunity has settled into an ordered life that’s (ideally) comfortable, yet laced with the bittersweet sense of wasted time and blown chances.

It’s the type of existential realization that most mainstream cinema is ill-equipped to wrestle with, and yet it’s also made up of emotions that tease at the edges of a surprising number of otherwise fairly lunkheaded films. Take, for example, the Taken franchise, which imagines a world in which any random dad could end up being a former CIA operative who’s secretly capable of breaking your neck without breaking a sweat — or, say, the Bob Odenkirk-led Nobody, in which a seemingly milquetoast suburban husband and father turns out to be one of the deadliest retired assassins on Earth. These are solid frameworks for movies in which bad people perish in brilliantly creative ways, but they’re also informed by a universally relatable middle-aged ennui — you don’t have to be a Viewer of a Certain Age to enjoy them, but if you are, I think they have a little extra bite. As cool as it is to imagine having a John Wick-type power to fill your enemies with regret using little more than a pencil, I’d argue there’s an even greater allure in imagining that you can build a safe, peaceful life for yourself without giving up the possibility of another life of badass, all-out adventure. Having it all! What could be more American?

And while the Taken/Nobody style of film has experienced a colorful renaissance over the last decade and change, it’s really nothing new. I thought about this while watching the 1985 action thriller Target — partly because I think it’s true, but also partly because it’s the type of movie that encourages the viewer to think about anything other than what’s happening onscreen.

I hasten to add that this is not the fault of Target‘s leading man, Gene Hackman, who is one of the chief patron saints of Some Guy Cinema. Hackman, as many film fans have long been aware, was not above making a shitty movie here and there throughout his career, but he typically tended to be the best thing about even the worst of them, and Target is far from his worst. It is, however, a distinctly middle-grade ’80s action movie, the type of production that’s strung together using European locations, Cold War paranoia, and a few set pieces. It isn’t hard to imagine Hackman being annoyed by the overwhelming averageness of it all — and then, like a fucking pro, using that irritation in service of his performance as a seemingly average guy with some deadly skills.

Hackman plays Walter Lloyd, a Dallas business owner whose upper middle-class life includes a spacious home, his loving wife Donna (Gayle Hunnicutt), and their son Chris (Matt Dillon), whose passion for cars at the expense of an education is a constant bone of contention. Average guy with a pretty nice life, right? Not so fast, suckers — the film is barely 20 minutes old before Donna has jetted off on a vacation to Europe, where she’s immediately kidnapped. Walter drops everything and books a flight; Chris, not believing his old man will be able to get anywhere finding her, insists on joining him.

With that, father and son are off to Paris, where they’re barely off the plane before Walter is grabbed by a gun-wielding goon — and then he spots another gun-wielding goon, ducking just in time to get his would-be kidnapper shot by the other guy. Before security arrives, the shooter flees and Walter grabs the dead guy’s gun, hiding it under his jacket before Chris — who’s been chatting up a comely backpacker (Ilona Grübel) — is even aware that anything is going on. The game is afoot.

Clearly, Target has some decent raw materials to work with. Balancing a Cold War spy thriller against a timeless generation gap is a pretty solid hook for a movie, at least in theory, and pitting Hackman’s flinty screen persona against Dillon’s squirrelly energy could have made for a fun mix. And again, Hackman’s performance isn’t among the film’s flaws — he’s essentially called upon to play two characters, communicating everything from gentle parental concern to steely, homicidal determination, and he does it all. To the extent that Target is worth watching, it’s worth watching strictly as a Gene Hackman joint.

The problems are… well, just about everything else, really. Director Arthur Penn, who shot to fame in the ’70s with movies like Bonnie and Clyde and Little Big Man, had settled into a pretty dismal rut by the time he helmed Target, and it shows. For a Cold War spy thriller, there’s a distinct lack of energy here; Penn stages a car chase with the same level of urgency he uses when showing Walter driving home from work, and the climactic bomb-defusing scene has a distinctly made-for-TV flavor. He can also never seem to decide whether he wants this thing to be a comedy. Even the movie’s array of European locales isn’t presented with any real color or flair. Part of this is likely due to the fact that Target suffers even more in comparison to the sleeker thrillers that have arrived in the decades since, and part of it is perhaps due to Penn putting more of an emphasis on the family aspect of the story, but either way, this thing sags when it needs to be taut.

The screenplay didn’t do Penn any favors, either. Like a lot of spy thrillers, it’s increasingly ludicrous, but unlike the best of them, it never does enough to gird the suspension of disbelief required for when the going gets tough. Instead, it settles for falling back on coincidences and absurd twists — I mean, you just know the backpacker Chris is flirting with at the airport will end up being one of the bad guys — and subjecting the viewer to some pretty terrible dialogue along the way.

But the biggest problem is probably Dillon, whose performance has all the chaotic, wide-eyed energy of a contest winner who found out he had the role on the day his scenes were filmed. A certain amount of this is appropriate, given that Dillon’s playing a teenager who finds out that his mom has been kidnapped and then discovers that the father he always believed was a gigantic dork is actually a retired CIA op, but he’s all over the place here. You know how sometimes as you’re falling asleep, your body will spontaneously twitch and wake you up? I kept thinking about that while watching Matt Dillon in Target. His physical behavior and his line readings lack consistent or sensible modulation, and it’s to Hackman’s immense credit that he’s able to provide any kind of steadying effect during their scenes together.

Actually, Hackman aside, casting in general is a pretty significant issue for this film. Again, the script is working against the film’s stars much of the time, but at no point does Target ever even attempt to surprise you with a character who’s anything other than what they seem. Case in point: Casting Josef Sommer as Hackman’s old CIA buddy, Barney Taber. You probably don’t know Sommer by name, but you’ve almost certainly seen him, and when you did, I’m betting he was playing a suit-and-tie guy who was either secretly or obviously a total prick. In fact, when Target arrived in theaters, Sommer was just nine months removed from playing the bad guy in Witness — making it all the more laughable that his character here serves the same thinly disguised function. Even in 1985, it’s difficult to believe anyone believed for a minute that Taber was anything other than the villain secretly pulling the strings.

All that being said — and I know it’s a lot — Target has some things going for it. Chief among them, of course, is Hackman, whose ability to convey sensitivity and physical brute force lends the picture whatever emotional stakes it’s able to scrabble together, but there’s also a baseline entertainment value in this type of story that’s hard to fuck up beyond repair, even when the script is a dog and the director is asleep at the wheel. The movie has little interest in its most impactful themes, but it can’t smother them completely; under all the ham and cheese, this is also a story about the rot of war and the generational legacy of violence, and it props the whole thing up on an elbow, even if it’s a lazy one. Plus, there’s the whole Taken/Nobody-style old guy wish fulfillment thing going on. Don’t expect to get too caught up in the story, but if you find yourself with nothing to do on a Saturday afternoon, this isn’t a terrible way to pass it. I give Taken three out of five Scheiders.