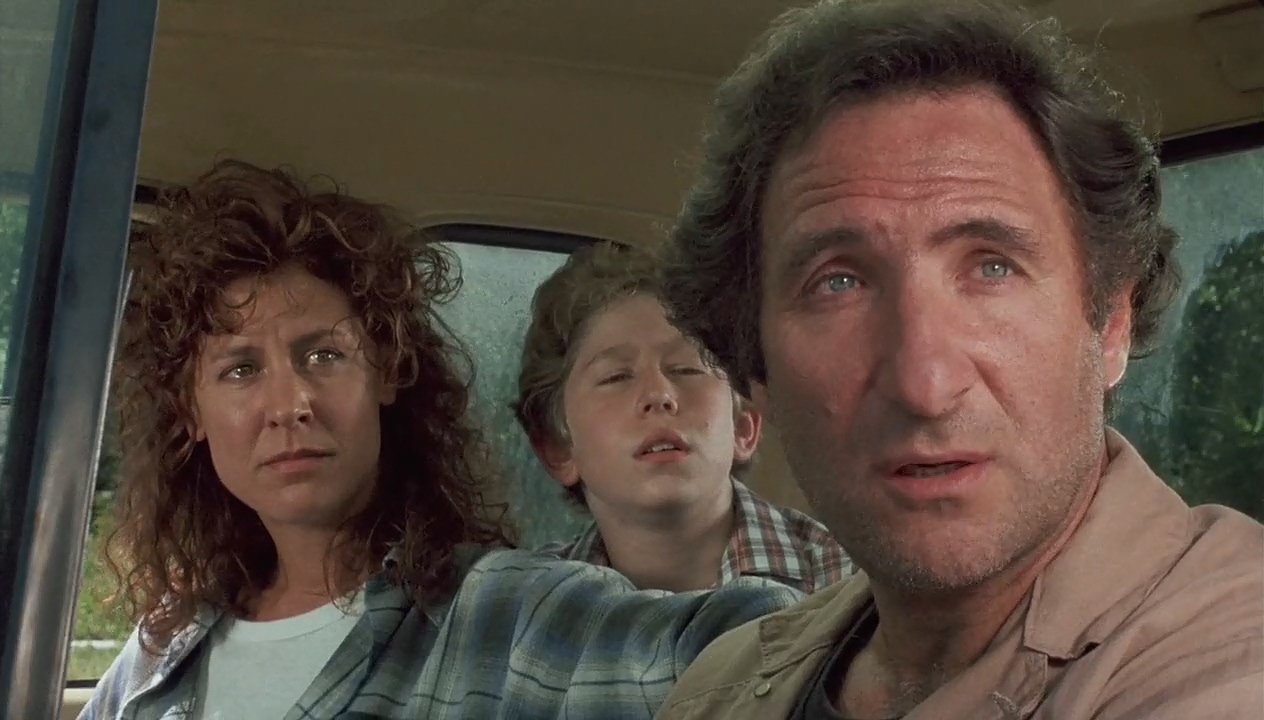 He’ll probably always be remembered as Alex Rieger from Taxi (or, for people who aren’t enlightened enough to have loved that sitcom, as Jeff Goldblum’s dad in Independence Day), but Judd Hirsch is a tremendously talented actor whose life and career have contained multitudes. Long before he was famous, he was fascinating — this is a guy who earned a degree in physics and joined the Army before he started acting professionally, and his career choices reflect a sincere desire to do interesting work rather than build fame.

It’s an admirable approach, but the downside is that although Hirsch is a total Some Guy, his filmography is quite a bit sparser than I’d like, with relatively few leading roles in movies. He’s tended toward ensemble pieces, which has served him well — his performance in Ordinary People earned him an Oscar nomination — but he’s such a soulful actor that I can’t help but lament the relatively low number of opportunities audiences have had to see him work in film. Of course, it doesn’t help that he’s rarely been drawn to flashy fare; most Hirsch pictures are distinctly of the “thinking adult” variety which, much like Some Guy Cinema, really started falling out of vogue in the mid-to-late ’80s.

All of which is to say that 1988’s Running on Empty, while far from perfect, is a film to be glad for. I’m kind of amazed it ever got made, honestly — it showed up in theaters at the end of the summer that brought us Die Hard and Young Guns, and instead of explosions and revisionist cowboys, it arrived armed with a thoughtful story that asked audiences to consider all sides of a knotty family conflict (while contending with the ghosts of the Vietnam War, no less). Having Sidney Lumet in the director’s chair must have helped, as well as being able to boast rising stars River Phoenix and Martha Plimpton in the cast, but still — this movie was never going to be a hit. It was built for prestige, and although it did earn a pair of Oscar nominations (one for Phoenix and one for screenwriter Naomi Foner, a.k.a. Jake and Maggie Gyllenhaal’s mom), it’s largely been forgotten in the ensuing decades. It’s a shame, because even if the film’s reach exceeds its grasp in certain respects, some of them admittedly fundamental, Foner’s screenplay takes a patient, multi-pronged approach to its central conflict, and Lumet shepherded some very good performances from the cast.

The story revolves around Arthur and Annie Pope (Hirsch and Christine Lahti), a pair of aging radicals who’ve been on the run from the FBI since bombing a napalm factory — and inadvertently blinding and paralyzing a janitor who was working in the building — during the war. Their son Danny (Phoenix) was only two when they went underground; as the film opens, he’s not far from graduating high school, and although at first he seems like an ordinary kid riding his bike home from baseball practice, the movie’s barely a few minutes along before he spots and ditches a tail, grabs his younger brother Harry (Jonas Abry), and alerts their folks that the family’s latest cover has been blown. Running through what’s clearly a well-practiced drill, they grab what they can and leave the rest behind — including the dog.

After establishing the family and its situation, the movie spends much of the rest of its running time hovering over individual members in order to show how Arthur and Annie’s fugitive status has impacted the Popes. It’s ravaged their relationships with their own parents, and a reckoning is rapidly approaching with Danny, who’s caught between his loyalty to his family — a value that’s been single-mindedly stressed by Arthur — and his burgeoning dream of going to college and studying music. That conflict is only heightened when the Popes arrive in their next town, where Danny’s brilliant talent is quickly noticed by a music teacher who also happens to have a daughter, Lorna (Plimpton), he immediately falls for.

Writing it all out like this makes it really clear how schematic Running on Empty is on a base level, but that doesn’t matter much, because the movie gives its main characters so much room to breathe that they feel three-dimensional enough to distract from the signposts of the plot. You essentially always know what these people are going to do, but not how they’re going to do it, and as it turns out, that makes quite a bit of difference. As it wears on, this becomes increasingly Phoenix’s film — which makes sense, given that his character is the most narratively dynamic — but it’s always demonstrably an ensemble picture, with Hirsch and Lahti providing a stable foundation.

In a number of reviews published around the time Running on Empty was released, critics took issue with Hirsch’s work here, which I find somewhat unfair. Although he plays a larger role than Lahti in some respects, it’s also a trickier one, because so much of Arthur’s character is below the surface. Lahti owns arguably the most powerful scene in the film, during which she submits to a confrontation with her estranged father; it’s a tremendous piece of acting that also tells you everything you need to know about Annie. Arthur, on the other hand, has a tendency to simply come off like an asshole, and the extent to which you feel for him will depend largely on whether you think Hirsch does enough to convey his inner conflict through facial expressions and other subtle gestures. I think there’s room for both sides of the argument to be right, although I’m still firmly on the one that says Hirsch makes Arthur a relatable and even rootable person. There’s one scene in particular, a brief conversation between Arthur and Danny after Danny comes home from a date with Lorna, that telegraphs the impossible decision Arthur makes in the film’s final moments. If you don’t see it, Running on Empty‘s ending will feel like it comes out of left field; if you do, you’ll be reminded of how the best actors can say everything without uttering a word.

I can’t recommend Running on Empty without noting first that this is a squarely old-fashioned film — one that, from the opening credits to the score, could have been made ten years earlier with very few changes. If you’re going to watch it, you’ll need to be prepared to settle into a rhythm that feels a little… televisual in 2021. But if you can accept that minor caveat — and you’re willing to forgive a film that never quite digs into the political themes that scaffold the story — then there’s a lot to enjoy here. I give it three and a half out of five Scheiders.