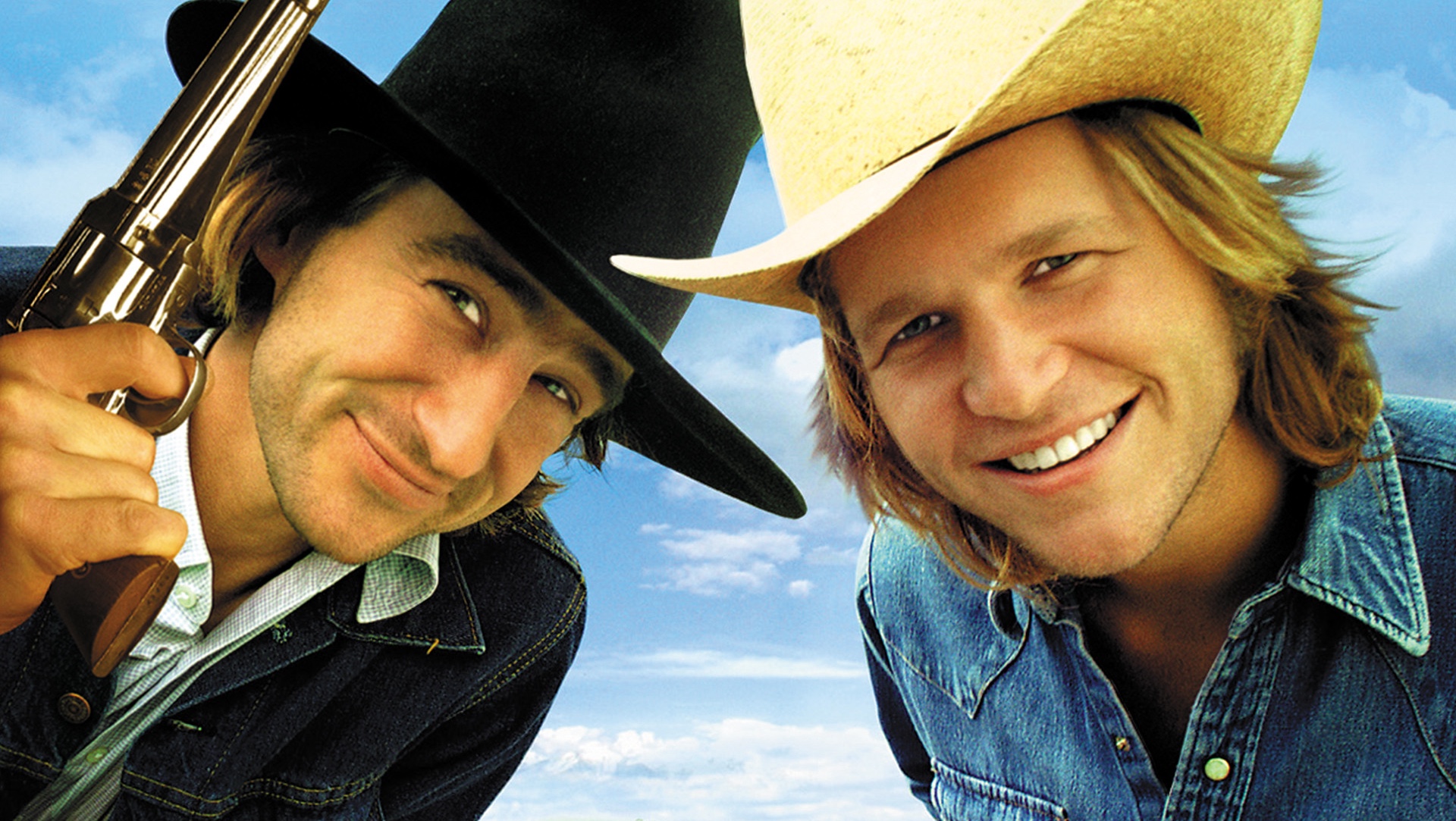 I’ll do just about anything to avoid having to listen to Jimmy Buffett’s music.

I’m aware that there’s a certain level of hypocrisy here, given that the things I detest most about Buffett’s recordings — their resolutely mild flavorlessness, their sheer oily competence — could also fairly be argued to serve as major ingredients in the songs and albums released by many of my favorite artists of the ’70s and ’80s. But none of those artists parlayed their bland mediocrity into an entire fucking lifestyle brand, and also, this is my website, so I’ll be a hypocrite if I want to.

My trust was not misplaced.

One of my initial descriptions for Some Guy Cinema was movies that were about “some guy doing some stuff,” and Rancho Deluxe absolutely fits that bill. Like a number of other films we’ll cover throughout this series — many of them released in the 1970s — this is a picture that’s more about character than incident, telling a story that’s mostly content to mosey along until it’s ready to stop. This type of movie really depends on its stars for support, and with Deluxe, director Frank Perry really hit paydirt: Aside from Bridges and Waterston, it also features the estimable acting talents of Harry Dean Stanton, Slim Pickens, Bond veteran Clifton James, and Richard “Al Neri from The Godfather” Bright. And when the cast isn’t giving you something fun to look at, Oscar-nominated cinematographer William A. Fraker is serving up gorgeously filmed scenery. I mean:

The story goes like this: Buddies Jack McKee (Bridges, who met his wife while filming Rancho Deluxe) and Cecil Colson (Waterston) make what amounts to a living by trespassing on the vast land holdings of local livestock baron John Brown (Clifton James) and poaching his stock. This both enrages and enlivens Brown, whose tremendous success has left him with a sort of Alexander the Great-style hankering for some sort of challenge; unfortunately, he’s being assisted in his quest to catch the thieves by a pair of borderline incompetent ranch hands, Curt and Burt (Stanton and Bright). Meanwhile, his wife Cora (Elizabeth Ashley) is just as bored, at one point resorting to sort of vaguely (and futilely) propositioning John’s dullard employees.

In their own way, Jack and Cecil are rather bored too — when they aren’t selling stolen meat to pay the rent or barter for various goods, they’re restlessly haunting their small Montana town, pursuing local girls like sisters Betty and Mary Fargo (Patti D’Arbanville and Maggie Wellman). As shiftless as they might be, they’re also itching to stake their claim to something bigger — preferably something they don’t really have to work for. Once they get their eyes on Brown’s prize steer, the wheels of the plot move into a slightly higher gear, facilitating the introduction of Henry Beige (Pickens), a sort of rustler P.I. who — along with his niece Laura (Charlene Dallas) — vows to help Brown get to the bottom of it all and catch the thieves. Jack and Cecil, meanwhile, are busy plotting one last big score.

As mentioned previously, Rancho Deluxe is the type of movie that needs its stars to carry the weight, and Bridges and Waterston are more than up to the task — their easy chemistry is evident from the opening moments, when their characters are casually arguing over which ranch to poach from and debating the merits of being able to roll a coin across your fingers. Although Bridges has a slightly showier role — his character has arguably the greatest series of lines in the movie, delivered after he and Cecil are roused from bed with the Fargo sisters when their father (Bert Conway) shows up — Waterston gets his own moments to shine, and he’s so good in the part that it’s hard to get too upset about the fact that he’s supposed to be playing a Native American. (Harder to take is Joe Spinell, an Italian American actor four years Waterston’s senior, playing Cecil’s father under distracting makeup. Hey, no movie is perfect.)

Rancho Deluxe earns a lot of its Some Guy Cinema points during the portion of the film that finds Jack and Cecil joining forces with Curt and Burt to pull off one final job at Brown’s ranch. There’s something I really love about small-town stories that see nominal enemies trading favors as easily as they trade insults, so I was immediately on board with the way this foursome uneasily sidles up to one another at a local bar, only to end up at the local bordello later on, with Jack and Cecil following through on a (very expensive) offer to buy their new friends whatever they want.

Like a lot of movies cut from this cloth, Rancho Deluxe starts flagging a little as it enters its home stretch, the story skips a few beats as it ties itself up, and the female characters are very poorly served overall. But it also has some interesting things to say about the culture clash of the era, the generation gap that helped fuel it, and the subtle similarities between the cheerfully unrepentant — and equally self-righteous — grifters on either side. It’s gorgeous to look at, it made me laugh out loud repeatedly, and Jimmy Buffett’s cameo finds him playing a hole-in-the-wall bar in Montana, which is where he belongs. I’m not sure why this movie hasn’t found more of an audience over the years, but if you’re in the mood for a minor albeit highly entertaining work of Some Guy Cinema, I recommend adding it to your queue as soon as possible. I give it four out of five Scheiders.