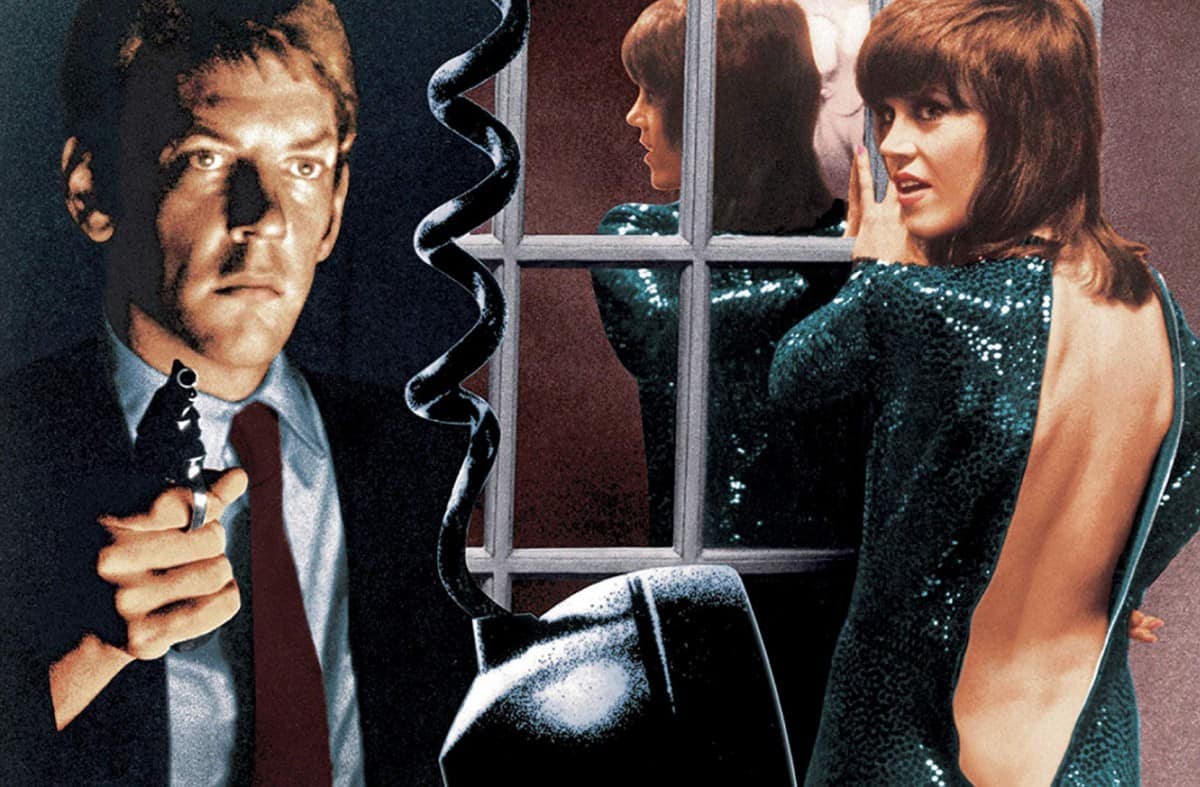 When first outlining the “rules” of Some Guy Cinema, I kind of skirted around something that I’ve since come to adopt as a core ingredient of this type of film, which is that it’s typically about an ordinary guy who has, for one reason or other, become embroiled in something beyond his ability to understand or control. This can be internal — like Jack Dunne in Heroes, struggling to heal the emotional wounds incurred during the Vietnam War — or it can be external, like any of the hundreds of conspiracies that threaten to ensnare and destroy various Some Guy-style protagonists. What’s key, though, is that these characters are basically reactive; they didn’t create the situations they’re in, and they often didn’t even ask to be placed in them. They’re rarely certain that they can get out in one piece. It’s far more common that they’re really just trying to figure out what the fuck is going on.

It’s just this type of character that Donald Sutherland plays in 1971’s Klute. A former police officer from tiny Tuscarora, Pennsylvania, John Klute has turned detective in order to unravel the mystery surrounding the disappearance and presumed death of his friend Tom Gruneman. Hired by the company Tom worked for, John is just as baffled as anyone else by the case — Tom was, by all appearances, a successful businessman and loving husband, making it all the more suspicious that his office contained obscene letters addressed to a New York sex worker named Bree Daniels (Jane Fonda).

The veritable country mouse heading to the big city, John tries questioning Bree, who mockingly rebuffs him; undaunted, he rents an apartment in her building and starts following her, silently observing a daily routine that’s mostly pretty mundane — visits to her therapist, auditions for acting roles and modeling gigs — but for the occasional illegal side hustle. But he isn’t the only one watching Bree — her life is in danger, and the deeper John delves into the case, the more it becomes about protecting her. This is Klute‘s basic rhythm, and it’s one that just about any film fan is familiar with: Brooding private eye falls for femme fatale, both of them wrapped up in a mystery where nothing is as it seems.

Of course, you can do a lot of new and interesting stuff over a basic rhythm, and that’s really what Klute is all about. The first installment in director Alan J. Pakula’s “paranoia trilogy,” it tweaks and fiddles with tropes and expectations from its opening moments, using its familiar framework to set the viewer up for a series of thrilling subversions. For starters, although the movie is named after him and the poster promises a dashing Donald Sutherland with steely eyes and gun in hand, Klute is really about Bree. The script (written by Andy and Dave Lewis) is largely focused on her private life — not in a salacious way, but simply capturing the small moments that define who she is as a person. You see her being dismissively judged during a modeling call; you see her alone in her apartment, eating and reading. You watch her working with her therapist — in scenes that were reportedly virtually all improvised — to try and untangle her reasons for continuing with sex work. By 1971, the “hooker with a heart of gold” was already a dried-up character type, and Klute casts it off to reveal something much more full-bodied and fascinating on the other side.

Even as Klute starts putting together the pieces of Gruneman’s disappearance, he isn’t really the engine driving the film — a point reinforced by the story beats as much as it is by Gordon Willis’ brilliant cinematography, which keeps the viewer perpetually on the edge of their seat. There’s an extended sequence in which we see Bree interacting with a client, telling him a story as she slowly wanders the room and undresses, and the way it’s shot is a masterclass in making a character the absolute focus of a scene even as they’re shot from a distance and only ever partly seen. Klute does this kind of thing a lot, and I think it’s a really canny way of putting John and the audience in the same position — you’re both continually trying to figure out what the fuck is going on.

Even when Klute gets Bree to agree to help him solve the case, he’s more or less always in the dark. The letter in Gruneman’s office is tied to an abusive john who may or may not have been Gruneman; although Bree admits to being beaten by a client, she can’t place Gruneman after seeing a photo of him, so she and Klute try to track down the john — first by visiting her old pimp (played by a marvelously greasy Roy Scheider), then by looking for the sex workers who referred him to her. At every step of the way, Klute is quiet, almost passive; Sutherland does a tremendous job of paring the character down to his most basic elements, but in a way that makes him the opposite of dull. With very few exceptions, he isn’t a man of action. He isn’t necessarily a hero. Mostly, he seems to be driven by an urgent need to figure out what the — well, you get the idea.

Much the same way watching Klute is often about what you can’t quite see, its appeal as a film is largely about what it isn’t, and the way it fills the negative space left by subverted expectations. It’s a mystery, but one that gives itself away fairly quickly. It’s a suspense thriller, but one whose suspense is felt rather than explicitly established, and one with relatively few genuine thrills. It’s sort of a love story, but one that ends with a question mark, and one that’s more about learning to feel self-love anyway. But you can’t turn away, because you never quite know what’s going to happen next, even when you do. Klute is a classic Some Guy, and Klute is classic Some Guy Cinema. Five out of five Scheiders.