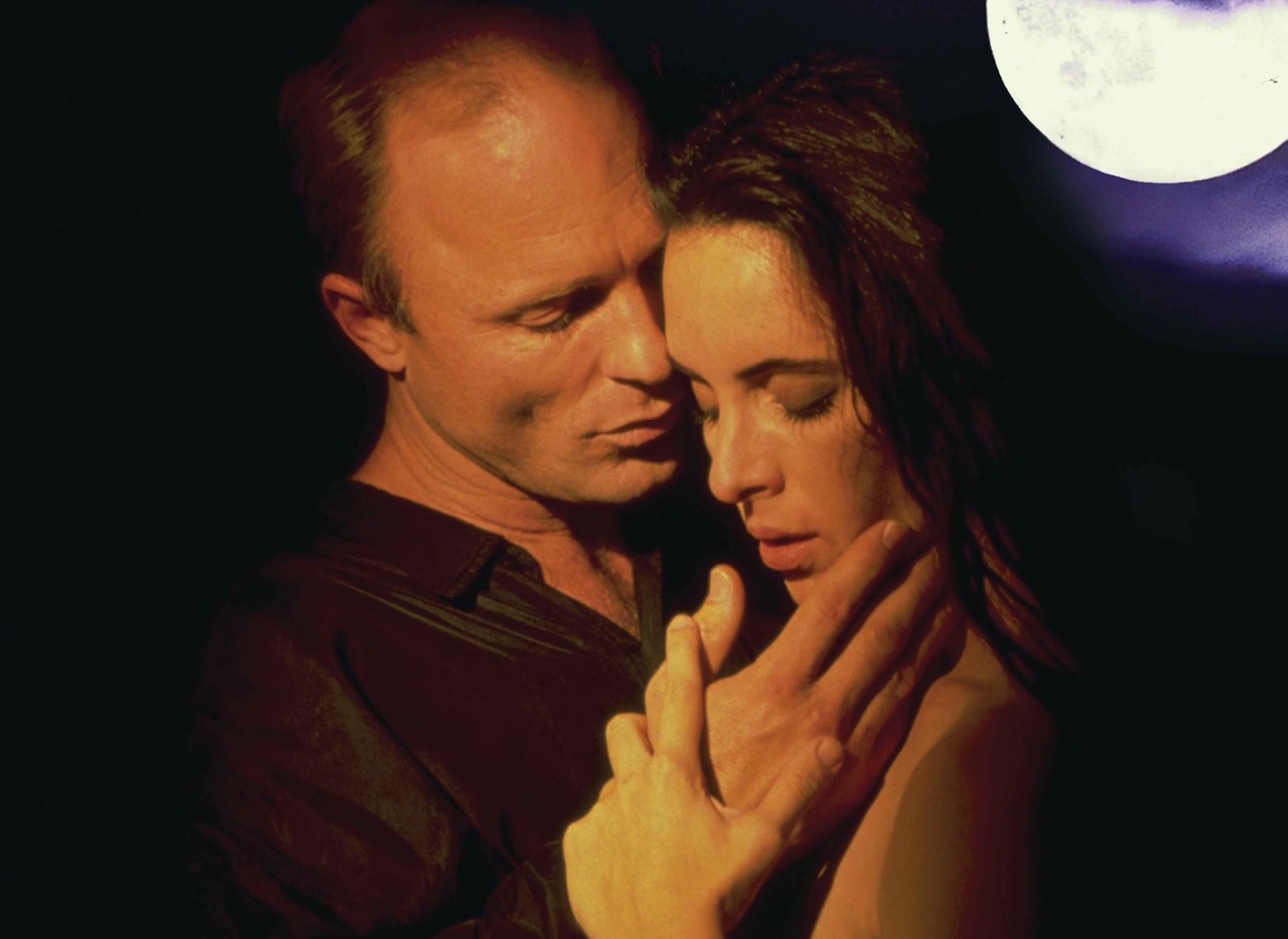 We tend to associate most films with just a handful of people — typically the stars, maybe sometimes the director — but even the most indie project is an intensely collaborative effort, often dependent on the work of dozens of people simply in order to make it to the screen. Any movie you see is the end result of an idea that probably took years to see fruition, and countless things could have — and often did — go wrong along the way. Plenty of pictures have fallen into development limbo, never to emerge; others have crawled out of the studio vault years later, only to find that their time has come and gone and the audience has moved on.

Filmed in 1991, China Moon was one of numerous films left without a release date when Orion Pictures filed for bankruptcy that year. Even at at the time, it wasn’t exactly a trendy project — a Florida-set neo-noir indebted to Brian De Palma’s Body Double, it would have been a throwback even if it had seen release as soon as possible — but it seemed even more quaint and silly in the wake of early ’90s sexploitation thrillers like Basic Instinct and Sliver. None of this is to say that China Moon was somehow robbed of its rightful place at the top of the box office — it most likely isn’t what you would call a “good film” — but it’s interesting to imagine what might have been.

The story opens, as all neo-noir stories must, on a couple in the throes of passion. Director John Bailey, branching out after an early career as cinematographer/DP on pictures like Paul Schrader’s American Gigolo and Cat People, establishes the mood quickly, settling the audience into a world of shadows and neon while juggling the story’s first conflict — the couple is being photographed through a window — with good old-fashioned T&A.

From there, we’re introduced to our Some Guy: Kyle Bodine (Ed Harris), a Florida police detective with a brilliant mind for solving murders. We know this because we see him arrive on the scene of a killing with his younger partner, Lamar Dickey (a baby-faced Benicio del Toro), and almost immediately deduce who did it and why. Shortly thereafter, the two head to a local bar, where Dickey drinks his beer on ice and Bodine spots a dame who might as well be wearing a pageant-style sash that reads FEMME FATALE.

That dame is Rachel Munro (Stowe), and because this is the type of picture it is, he follows her when she gets up from the bar to stare moodily off the dock outside (in China Moon, almost everything is right on the water). They flirt a little, I think, although I’m not sure calling yourself an “orphan of destiny” has ever been a great pickup line, and then she disappears into the night. The game is afoot!

It’s a very well-cast game, too. Aside from Harris, del Toro, and Stowe, China Moon also includes appearances from ’90s indie hero Pruitt Taylor Vince as well as Charles Dance, who plays Rachel’s no-good husband Rupert and will be familiar to 21st century viewers as the guy who played Tywin Lannister on Game of Thrones:

(Dance’s Southern accent is truly a joy. Even if you aren’t interested in watching China Moon, I recommend seeking out clips.)

Even some of the throwaway parts are played by actors that will leave you shouting “Hey! I know them!” — like the gun saleswoman who sells Rachel a piece, recognizable to fans of It’s Always Sunny as Mac’s mom:

Anyway, it doesn’t take long for Kyle and Rachel to hook up, or for the viewer to see the contours of a story they’ve been told variations of for a very, very long time. Rachel’s being abused in a loveless marriage. Kyle is a stand-up guy who wants to help. When he takes her out for some nighttime paddling on his favorite lake, the stage is set for all kinds of crossing, double-crossing, twists, and turns. And you know it’s gonna be extra twisty on account of the fact that they do their first canoodling under a — wait for it — China Moon.

Why did she call it that? Well, because it looked like a big ol’ plate of china, you see. And what made it special? Well, people would do strange things when it came out. Strange things like, oh, I don’t know, taking off all your clothes in front of a guy you just met and jumping into a lake?

Yep, exactly. And just like that, our pal Kyle is sunk.

I’m not going to get into much more of the plot than that, because the whole fun of this type of picture is sitting back, watching the moral compass spin, and trying to figure out which way the needle will end up pointing before the movie comes out and tells you. On that front, I think China Moon is a fairly good time — Harris and Stowe work up a decent lather when they’re together, we all know Dance can play a despicable villain with the best of them, and the screenplay (by Roy Carlson, who wrote another Some Guy movie we’ll probably end up covering later on) does an okay job of parceling out twists and red herrings along the way.

For our purposes, Harris is a bit of a problematic leading man. He’s always excelled at playing decent men, but he isn’t quite schlubby enough to be a true Some Guy protagonist — you could roll him in dirt and deny him a shave or a haircut for a year, and he’d probably still give off the square, clean-cut vibe that’s made him a natural fit for so many of the military and ex-military characters on his résumé. To the extent that he gets around that shortcoming with China Moon, he does it by playing Bodine as fundamentally gentle. You can see it when he gets together with Rachel — he doesn’t make a move until she tells him to, and once they’ve connected, like any good noir patsy, he shifts into white knight mode immediately.

As for Stowe, she does the best work anyone could have with a role that’s deliberately written as a cipher. The movie makes it clear very quickly that you’re meant to question her motives and loyalties, so there’s only so much Stowe can do with Rachel in any given direction; mostly, she’s meant to be alluring and mysterious, and she’s reasonably believable at both. Del Toro, meanwhile, is quite fun to watch — in another world, he might have made his career breakout here instead of with The Usual Suspects.

If you spent any time in video rental shops during the ’90s, you know the shelves were always heavy with stuff like China Moon — movies that promised a blend of mystery and titillation in stories brought to life by a handful of actors you’d seen before. A lot of those movies were very bad, and China Moon is not very bad; in fact, if you’re in the mood to watch some talented veterans go to work within the confines of an established formula, it’s generally pleasurable, even somewhat engrossing stuff. If it had been released in 1991, it might have made for a decent double feature with Kenneth Branagh’s Dead Again. I give it three out of five Scheiders.