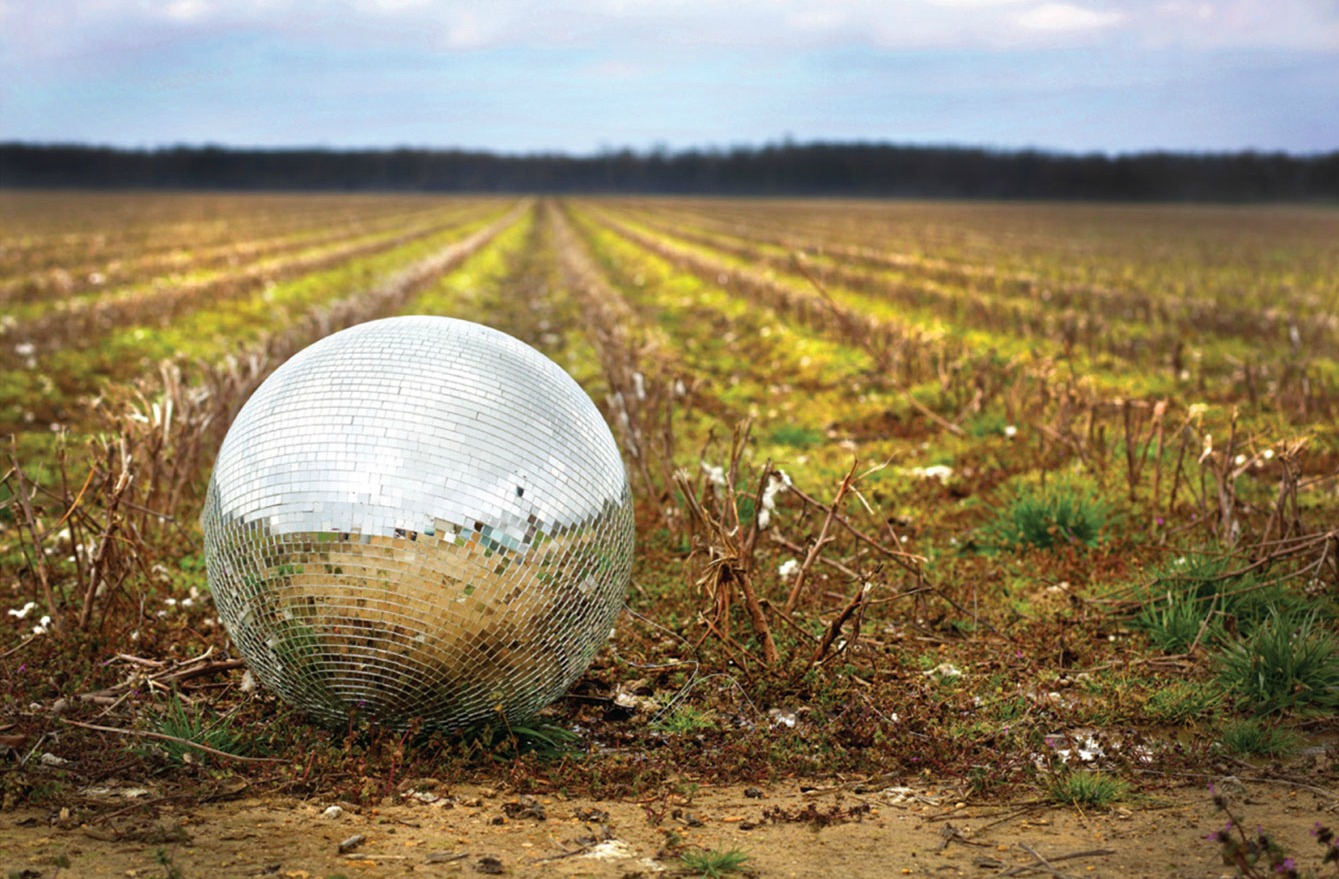 The old man reached under his bed and pulled out an ancient cardboard guitar case. Opening it slowly, he removed the oldest Gibson guitar I had ever seen and strummed it once with his giant brown thumb. “I gots it tuned like a banjo — the fourth string down. You tune it to suit yourself.”

I ran the string the way it was — making my E chord into a minor. I pulled up the G string to standard (like the Bo Diddley open D tuning, yet another secret code of their magical black music). I ham fisted some slow blues. Gus Cannon, onetime leader of the Jug Stompers, slowly swayed in the dusty light streaks from the now setting sun, his eyes about closed. After a few minutes he asked, “You like that music, white boy?”

That’s an excerpt from The Search for Blind Lemon, a sprawling musical memoir written by famed producer and recording artist Jim Dickinson. Although Dickinson died in 2009, Search only surfaced in the Oxford American‘s 2013 Southern Music Issue — a case of odd timing, perhaps, but one that makes perfect sense given the subject. Jim Dickinson was responsible for helping to create some truly timeless music, but he was always out of step with the times, a modern white Southerner with the ossified soul of a barrelhouse bluesman.

Search details Dickinson’s musical upbringing, specifically the way he fell in love with the blues and spent many fruitless (albeit ultimately incredibly useful) years trying to decipher its magic. Taken from a certain point of view, it’s possible to see Dickinson’s story as a sort of blues authenticity primer, a guide through all the hoedowns, graveyards, and sharecropper’s shacks a person needs to track down before he can even begin to understand the music. But although Dickinson clearly valued his journey (and wrote it out so vibrantly that you can practically see and hear it), I think that’s a faulty reading.

I think this article really serves as a sort of amateur’s credo — a colorfully illustrated guide to understanding and embracing what you love without destroying it, which is trickier than it probably sounds. Bitten by the blues bug, Dickinson set off on one musical expedition after another, grasping at the chords, totems, and relationships that would give him the key to what he refers to at one point as “the black man’s magic powerful technique.” But the deeper he delved into the culture behind the music, the more he understood that it wasn’t his to understand — that no matter how desperately he wanted to break through racial barriers, he was always going to be an outsider on some level.

Dickinson’s painful realization is more or less the crux of the gnat-like “authenticity” debate that tends to buzz around modern music that openly mimics traditional forms. You can’t wade into blues or Americana waters without stumbling into this bog hole. It isn’t enough to learn the chord progressions; you’ve got to earn the blues, preferably by drinking out of mason jars and working a mule plow through a rocky holler.

This was territory Dickinson traveled and understood well. But he also understood that it ultimately didn’t get him any closer to that essential thing he was looking for when he went hunting for Blind Lemon Jefferson’s grave or studied at Gus Cannon’s knee. “We were invading a private culture where we had no place,” he writes at one point. “As badly as I wanted to learn the secrets of Blind Lemon, I did not want to trespass on this private history, this society that had produced the music that I loved.”

It sounds like Dickinson is reinforcing that tired old “authenticity” argument here, but the more you read The Search for Blind Lemon, the clearer it becomes that he’s doing the opposite. Make an art form the exclusive property of those who’ve earned it in the name of preservation, and you’re really just embalming it under glass for observation — an object to be reverently worshiped from a distance, Ken Burns style, or fetishized and pantomimed by practitioners content to echo.

The hell with reverence. Jim Dickinson was as interested as anyone in blues archaeology  — listen to his field recordings for proof — but preserving something isn’t the same thing as keeping it alive, and if his travels never took him to the mythical place he was originally looking for, they ultimately equipped him with something more valuable than signposts and gateways to the past. I think they helped him understand that in order to carry the music forward, he had to make it his own — and that ultimately, the only “authenticity” you really need is the authentic love it takes to submerge yourself so far inside that you rub out the line between choices and instincts. As Teddy Roosevelt’s often quoted as saying: “Comparison is the thief of joy.”

I’ve been thinking about all this as I listen to World Boogie Is Coming, the latest (and, to these ears, greatest) effort from Jim Dickinson’s boys Luther and Cody, a.k.a. the North Mississippi Allstars. Seventeen tracks and just under an hour long, Boogie is nothing if not a well-greased gateway to the blues — a gleeful celebration of the music that shaped the younger Dickinsons’ childhoods, featuring the songs of R.L. Burnside, Junior Kimbrough, Otha Turner, Willie Dixon, Bukka White, and Sleepy John Estes & Furry Lewis, as well as a few originals and traditional numbers for good measure.

It’s the kind of record that tends to provoke florid critical prose involving juke joints and mason jars, as well as fresh rounds of that damn “authenticity” debate. I’ve passed the album around to a few friends, and it’s triggered more than a few Black Keys comparisons, with most people agreeing that this is what the Keys would sound like if they could muster anything more muscular than what one friend scornfully referred to as “Ohio pop music.”

That’s not entirely inaccurate, in my opinion, and kind of funny, too. But it’s also kind of mean, and I’m not here to slag the Black Keys, or compare them to the North Mississippi Allstars. I think it’s enough to point out the superficial similarities in their efforts, and use them as an example of how many different routes people can take in their separate quests to reach the same spot on the map.

The younger Dickinsons had the major advantage of basically being junior bluesmen while they were still in the womb, and although it was surely a conscious decision to fill World Boogie Is Coming with the songs of their forebears, I think at this point, the Allstars’ essential sound is something that mostly just happens, like breathing. They do what they do because it is what they do. They’re on the right side of that divide between choice and instinct; they’re submerged, and their music is alive in a way that other artists are still searching for, the same way their dad once tried to decode the Rosetta Stone of the open D tuning.

But it isn’t about birthright or proximity. It’s about loving what you do enough to do the work to do it better. It’s about respecting those who came before you enough to learn from them — and after that, respecting them enough to recognize the difference between living tribute and slavish imitation. Find your way, then be well and truly sot in it.