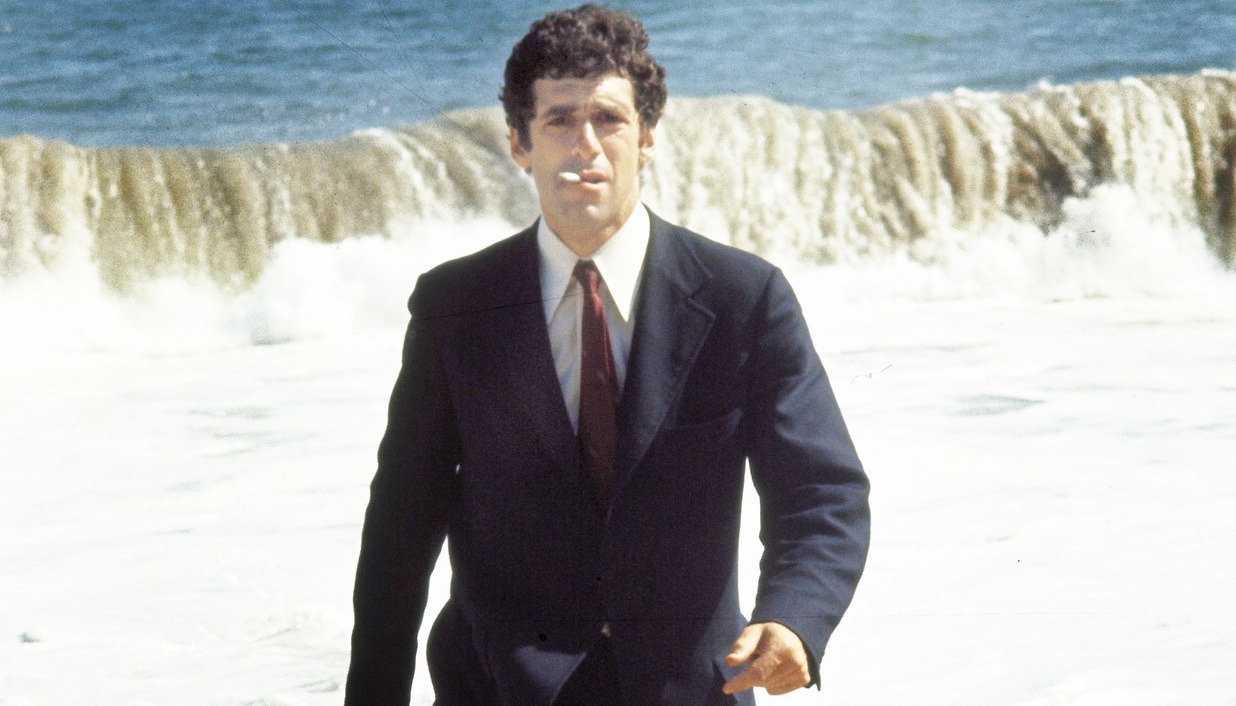 When people talk about action movies, they tend to focus on the form the genre hardened into after the mid-to-late ’80s — pictures about big, steely-eyed heroes whose generally ruthless efficiency is mirrored by the minimal plots scaffolded together to support their explosion-fueled, quip-dusted adventures. Schwarzenegger, Seagal, and Stallone are three of the most prolific standard-bearers of the type of film I’m talking about, and they were hugely influential in their day; you can still see their shadows looming over a lot of the action movies that come out now, although it’s probably fair to say that more of them are funneled direct to VOD these days.

There are reasons for this. The most important one, as far as Hollywood is concerned, is undoubtedly the great gobs of money the genre made in its heyday — but there’s also the undeniable fact that in the right hands, the formula is a hell of a lot of fun. Cinema is often at its best when it’s aspirational, after all, and what could be more aspirational than watching a glistening hulk of a man dispose of the bad guys who’ve been pissing him off and threatening his loved ones for the better part of two hours? You don’t even need a great actor in the leading role to produce the giddy thrill that comes from unleashing richly deserved justice on fictional characters — quality stuntmen and some halfway decent fight choreography will do.

Still, I think action movies lost something essential after movies like Raw Deal and Cobra started taking over the genre, and that’s what I want to focus on today while paying tribute to a type of film I like to call Some Guy Cinema.

My first motivation for developing a theory and canon around Some Guy Cinema was simply a pining for a certain type of leading man who’s largely been left on the cutting room floor. I’m talking about guys like Roy Scheider, Gene Hackman, and Elliott Gould — actors whose natural gift for exuding a sort of rumpled, dented charm lent itself really well to playing deeply flawed protagonists, and whose ascent into starring roles dovetailed with an era in which screenwriters and directors were far more cynical about the impact of violence and the value of heroism in general.

All of these things combined to produce a rather rich and surprisingly vast assortment of films that used varying degrees of action to enliven some generally sad and fairly dark stories about some guys doing some things. The essential qualities of those guys are as follows:

Generally speaking, I’d put the peak years of Some Guy Cinema between 1973 (the year Gould starred in The Long Goodbye) and 1990 (when Hackman made arguably his last Some Guy picture, Narrow Margin). There are outliers — I think you could make a persuasive argument for Clint Eastwood’s In the Line of Fire working pretty well as a Some Guy movie, and 1996’s Executive Decision might rate an honorable mention if only because Seagal dies like a bitch 20 minutes in and Kurt Russell’s mild-mannered analyst character ends up saving the day — but for my money, the real meat of this subgenre was produced in the early-to-mid ’80s. A frustrating number of those films are currently out of print, but you can still find a lot of them for rent, purchase, or stream via various platforms, and although I think it would be a stretch to argue that most of them are objectively good, they all have their pulpy pleasures.

A brief look at a few actors who personified Some Guy Cinema, along with some of their best entries in the canon:

Roy Scheider. As previously mentioned, Scheider might be the king of Some Guy Cinema. He had it all — he was commanding without being particularly imposing, which made him believable as a killer of sharks as well as someone who could easily end up on the wrong end of a fight; he didn’t have matinee-idol looks, but he was charismatic as hell; and as a bonus, he could play stand-up guys as well as villains. (His portrayal of a ruthless assassin is perhaps the sole highlight of 1972’s otherwise forgettable The Outside Man.) Did anyone ever look cooler with a cigarette clamped between their lips? Maybe. Maybe not.

Gene Hackman. A towering actor who was exceptional at portraying dogged yet deeply vulnerable heroes desperately fighting for their lives and/or the lives of others. He’s probably mostly known for his Some Guy and Some Guy-adjacent ’70s roles in films like The Conversation and Night Moves, he returned to this territory throughout his career: The aforementioned Narrow Margin, in which Hackman plays a deputy district attorney who ends up smuggling a witness onto a train in order to evade assassins working to cover up a mob killing/vast conspiracy, is a terrific example of later-period Hackman elevating fairly pedestrian material with a performance that communicates fear, intelligence, and a furious pursuit of justice.

Elliott Gould. Gould’s filmography is fascinatingly all over the place — he spent a big chunk of the ’80s making forgotten films in various corners of Europe — but his small handful of Some Guy roles includes the classic Philip Marlowe revival The Long Goodbye as well as the little-seen Silent Partner, in which he plays a bank teller who decides to rob some bank robbers. As an actor, he has more of an arch, subversive streak than some of these other guys, but that’s an added bonus in the right context.

Paul Newman. A fringe case, perhaps, on account of his extremely good looks, but few actors have ever inhabited the “born loser” component of Some Guy Cinema quite as satisfyingly as Newman, whose early work in pictures like Cool Hand Luke, The Hustler, and Hud fed directly into more action-dependent works like Harper and The Drowning Pool. His early ’80s run from Fort Apache, The Bronx to Absence of Malice and The Verdict is classic stuff, and even if the latter two aren’t action movies, the characters he plays in them are absolutely Some Guys.

Walter Matthau. He wasn’t called upon to do this sort of thing a ton, but Matthau films like Charley Varrick and Hopscotch offer delightful proof that he was more than capable of carrying Some Guy projects whenever he wanted. In a sense, it’s unfortunate that he was typecast as someone who played slovenly misanthropes after The Odd Couple, but good lord, he was excellent at it, and it worked well for him in these roles.

James Caan. He may be an idiot in real life, but onscreen, Caan spent a decent chunk of his film career playing tortured, doomed souls the audience usually wanted to root for anyway. (Also The Godfather, if you like that kind of thing.) His best-known entries in the genre are probably The Gambler and Thief, but you can also see him Some Guy-ing it up in an assortment of other pictures that includes 1973’s Slither and the 1980 drama Hide in Plain Sight.

Tommy Lee Jones. Prior to his second act as a guy who plays flinty, no-nonsense characters, Jones skirted Some Guy territory with movies like 1986’s (sadly generally awful) Black Moon Rising, in which he plays an ex-CIA op turned hired thief who… well, the plot is too complicated and dumb to explain, but suffice it to say he spends much of the movie being chased, threatened, and insulted.

Brian Dennehy. An underrated actor who exuded major Some Guy energy opposite Bryan Brown in 1986’s F/X and its lesser sequel, F/X2. Not many starring roles for Dennehy, unfortunately, and it’s even more unfortunate that one of his other Some Guy-type projects, 1987’s Best Seller, saw him starring opposite the dreaded James Woods.

Scott Glenn. Although Glenn quickly gravitated toward artier fare, his early filmography includes the memorably strange The Challenge, in which he plays a down-on-his-luck boxer who’s hired to ferry an ancient sword to Japan, thus unwittingly putting himself in the middle of a deadly conflict between two brothers. The high point — for those who aren’t eager to watch Glenn eat a live lobster, drink live eels, or lick a beetle off of a rock, anyway — is a laugh-a-minute final fight that sees Glenn using an assortment of office furniture to ward off the movie’s Big Bad.

You get the idea of the type of actor, character, and film we’re talking about here. For audiences weaned on post-’80s action, Some Guy Cinema may seem to suffer from a general lack of excitement, but if you can settle into the faintly schlubby rhythm of these films, they’re often a lot more enjoyable on a human level. For all their inherent silliness, they tend to recognize — if not outright embrace — universal truths like fear, failure, and frustration. Although it isn’t hard to understand why so many of the movies that were built around them have been forgotten and/or taken out of print, their slouchy, low-key appeal is difficult to deny — even when the films themselves disappoint. A few examples to get you started on your journey: