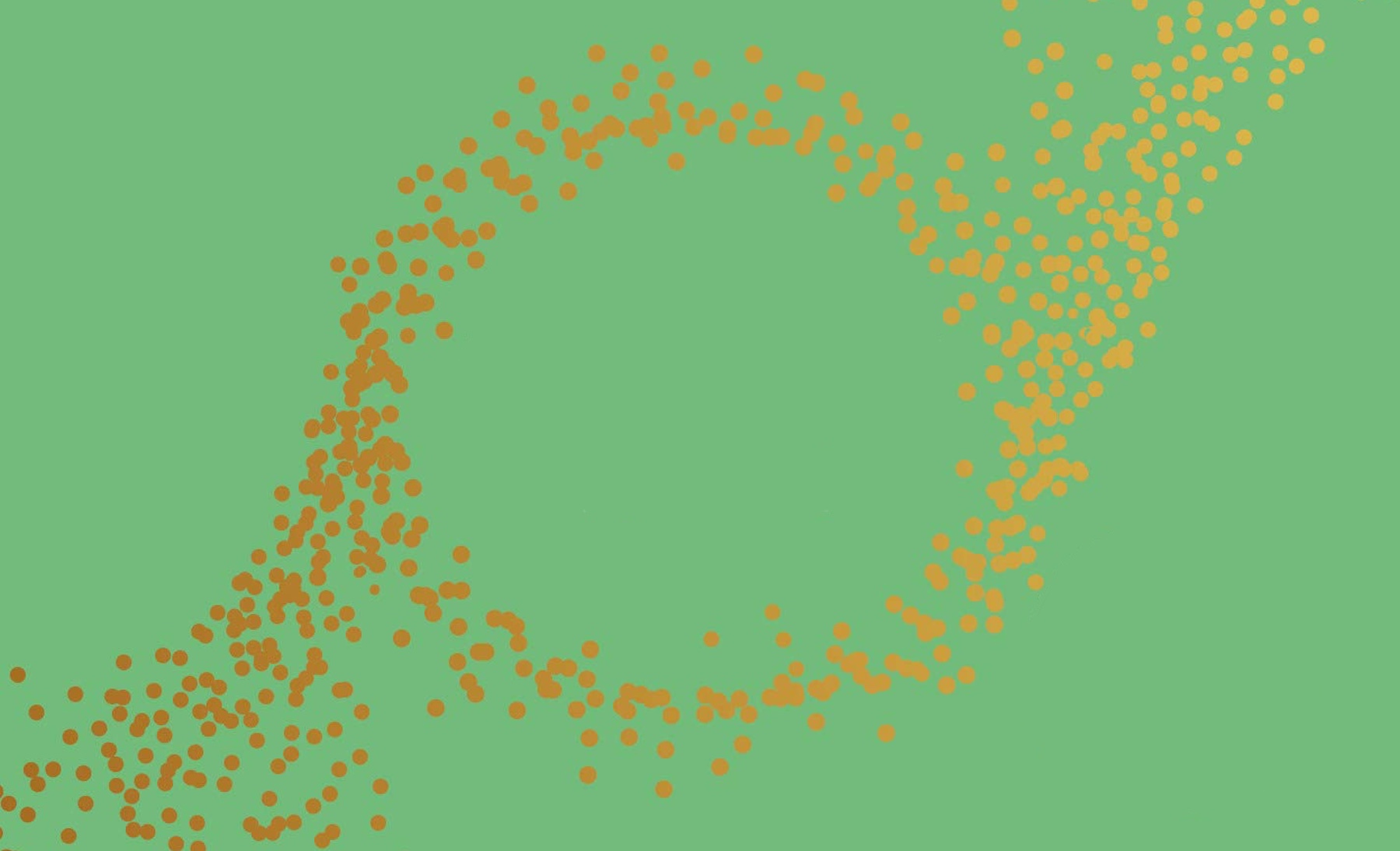 There’s nothing original about this, I know. Everyone daydreams. For years, my livelihood has depended on people seeking distractions, from the benign to the edifying. On the other hand, I can’t shake the feeling that it’s gotten harder for me to achieve a sustained focus — whether it’s paying close attention to a song I really want to dig into, settling into a conversation, or simply being in the moment while completing some everyday task or other, it doesn’t take long before another thought starts tugging me away.

That internal monologue is our closest and most consistent companion, but it’s also damn fickle — it can go from being a source of idle comfort to a terrible emotional weight. If you’re anything like me, the thoughts that come bobbing to the surface when you wake up in the middle of the night are often sharply unwelcome — insistent whispers of recrimination and regret. For some of us, tuning out or somehow attenuating that voice becomes an emotional necessity, but for me, I think it’s often more of a pacifier. The present is fraught with responsibility and confusion: What will you do with this moment? What if you regret that decision? And what about the next one? It can be comforting to drift off into memories or thoughts of anticipation instead. I understand the inclination, in other words, but I’m troubled and annoyed by how often I give in to it.

Robert Pirsig’s classic philosophical travelogue Zen and the Art of Motorcycle Maintenance is the book I’ve read probably more than any other, starting with an eighth grade book report that I wrote only because the title sounded more interesting than anything else on the teacher’s list of approved works. If you’ve read it, you know the book wasn’t at all what I expected, but it blew my little tween mind, and it became a sort of guidebook during some rough patches in my young adulthood. (Thanks, Mr. Emerson.) The text is full of heady stuff I’ll probably never understand, but even as a kid, there were passages that stood out — including one in particular that has come to mind as I’ve been mulling over this post.

In this passage, Pirsig is hiking up a mountain with his teenage son, and observing how the boy’s mood changes as they make their way to the peak. It isn’t an easy hike, and Pirsig’s son struggles physically as well as mentally; eventually, he becomes visibly annoyed with the task, frustrated with the arduous slog of reaching that point in the distance.

It’s an obvious metaphor, but it’s still effective. Watching his son, Pirsig theorizes that he’s so focused on the nominal goal of reaching the peak that he’s devalued the experience of getting there. Once you’ve done that, Pirsig points out, then any enjoyment derived from your achievements is punishingly fleeting — you’re just on to the next nominal goal, like a junkie needing his fix. The real value — as difficult as it can be to see it sometimes — is in the journey, in the moment. This is a dumbed down version of Pirsig’s eloquent prose, which gets into the toxic effects of imposing an artificial ego-driven duality on our environment, but it’s close enough to the message: Settle in to the here and now. Try to appreciate every aspect you’re able to experience, even if you’re doing something that might seem mundane.

This is often easier said than done. In fact, I don’t even know how deeply it’s ingrained in our nature — the way we’ve used technology to produce an explosion of distractions, many of which seem expressly designed to anesthetize us against the present, suggests to me that we’re more comfortable as a species when we don’t have to think about whatever’s going on at the moment. For me personally, it’s frustratingly easy to forget the rewards of snapping out of it and centering myself back in the present. I don’t meditate and I’m not spiritual enough to have a mantra, but if I did, I guess it would be the three words I’ve been repeating in my mind when I catch myself drifting for too long: Be here now. (Until I started working on this post, I didn’t know that was a famous Ram Dass quote; prior to that, these are words I always associated with an Oasis album that sounds like loud cocaine. Life is funny.)

It’s a directive that dovetails neatly with Almost Everything: Notes on Hope, the latest book from Anne Lamott. My only previous experience with Lamott’s writing comes from roughly half of her book on writing, Bird by Bird; it’s wonderful, but the class I was reading it for ended before I finished it and I never found my way back. I wasn’t completely sure what to expect when I picked it up, in other words — there was just something about that title that spoke to me when I saw it lying on a table at the bookstore, and I gave in to the impulse. I’m awfully glad I did — I’m a firm believer in the idea that your enjoyment of a creative work has almost everything to do with where and when you experience it, and Almost Everything was exactly the right book for me at exactly the right moment.

Sort of loosely presented as a series of essays to her grandson and niece, the book finds Lamott searching for hope in a world that — for those of us who are aligned with her social and political views — can seem like an increasingly, awfully hopeless place. And she finds it, too — pretty much everywhere, in fact. Joking that she’s “stockpiling antibiotics for the Apocalypse” while watching flowers bloom on her windowsill, she muses, “All truth is paradox, and this turns out to be a reason for hope. If you arrive at a place in life that is miserable, it will change…. do what Wendell Berry wrote: ‘Be joyful, though you have considered all the facts.'”

If that makes Almost Everything sound like a bit of a crunchy read, well, I suppose it is. If you’re the type of person who’s inclined to roll your eyes at anything with the slightest whiff of New Age sentiment, then you may hate it, and I have to admit that it gets a little religious for my taste in certain passages. But the bromides and references to God are just part of a book that’s really funny, earthy, and full of brilliant clarity. I consumed it in little chunks at the end of the day, savoring it 10-15 minutes at a time — not because that’s all I had to spend, but because it’s a fairly slim volume and I wasn’t in a hurry to finish it.

More than anything, I think Almost Everything is a book filled with reminders. Lamott is a smart, compassionate writer, but her gift here isn’t necessarily for sharing anything new; it’s more in the immensely gratifying way she reframes the picture to show you crucial things you might have forgotten, particularly about the stuff that doesn’t change and therefore truly matters. And she also isn’t writing about being in the moment, at least not explicitly — but in examining joy, she’s offering her perspective on the forgiveness and acceptance it takes to really make a lasting peace with ourselves and the world around us, while also offering signposts toward building the level of personal security it takes to feel comfortable in one’s own skin.

Again, this is often easier said than done. I tend to agree with Lamott’s arguments that inside us we have “all we need to come through” and “there is almost nothing outside you that will help in any kind of lasting way,” but some people aren’t wired that way, and for them, a book like this will seem glib at best and outright harmful at worst. On the other hand, if you’re really looking for a map to joy in a book, then you’re probably bound to come away some shade of disappointed no matter what. For me, reading it was all wonderfully recalibrating, and a perfectly timed reinforcement of my recent efforts to clear my head and focus on what’s really in front of me — to think about my motivations for so often failing to engage with the present.

This isn’t an anti-daydreaming essay. I think daydreaming has real value, but there’s a difference between that type of thought and the vaguely narcotized drift triggered by any of the numerous quick, shallow distractions at our fingertips. There’s a magic to true boredom that I find all but impossible to conjure up these days — whether it’s email or social media or falling down some random streaming rabbit hole, there’s perpetually some piece of additional stimulus drawing me away from sustained thought.

Which is not to say technology is the villain here — or the only villain, anyway. Those distractions have a strong pull, but I think the attraction is amplified by other issues. Anxiety, fear, insecurity, stress — these are each all but inescapable components of life, and it’s infinitely easier to scroll through tweets than deal with them head on. I don’t think Twitter exists because people can’t deal with reality, but I do believe that on some level, it’s a soothing diversion — even if much of the shit we end up reading leaves us feeling worse about the world. It’s a way to feel like a part of things without being here.

Mindfulness is a journey, everyone takes their own steps, and I’m not getting at anything here that hasn’t been repeated ad nauseam throughout reams upon reams of writing on the subject. But for me, right now, making a concerted effort to give myself these reminders feels good. I think it’s my default position to approach whatever’s in front of me as an obstacle in the way of getting to the next thing (which is then inevitably an obstacle itself), and I’m trying to break that by reminding myself that even the least appealing task is something I’d probably miss if I wasn’t mentally or physically able to take care of it. I don’t always want to go to work, but I know I’m lucky to have this career. I may not want to go grocery shopping, but I have the wherewithal to pick and pay for my family’s food. Washing the dishes is a pain in the ass, but… well, okay, everything has its limit. But you get the idea. I read something recently that preached the miracle of replacing “have to” with “get to” in one’s daily life, and I think there might be something to that.

All of which brings me back to writing this, in this space. I frequently have ideas for posts here, but often let them fall by the wayside because in the beginning, rummaging through my brain and trying to put those ideas into words always seems like an exhausting and probably fruitless endeavor. And then once I get started, there’s a sense of responsibility to the words that becomes an oppressive guilt if the damn thing never ends up coming together. Insecurity, avoidance, self-imposed pressure — all shadowing the act of doing a thing I love to do. I think it’s all tied in with the frustration induced by nominal goals, and the confusion between “have to” and “get to.” I’m still trying to puzzle my way back to the place where writing feels completely natural again — where I feel like a writer again — but I think it starts with tuning out all those distractions and being here now.