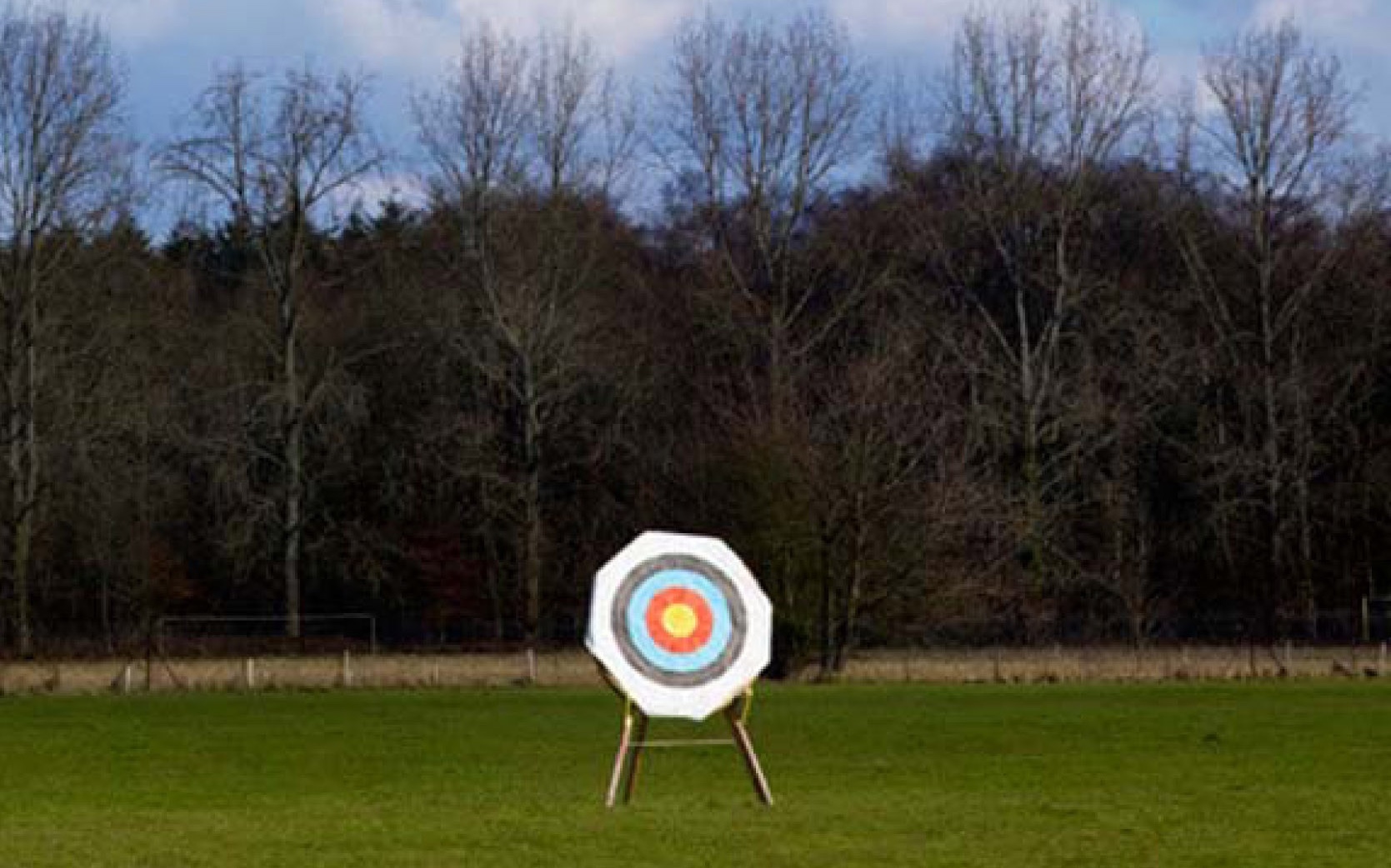 During one evening of my willfully misspent youth, my parents sat me down for a screening of Cool Hand Luke, hoping to show me what happens to smart-assed malcontents who refuse to straighten up and fly right. Rather than a sobering life lesson, the movie taught me something even more important: Paul Newman is timelessly cool. I’ve been a fan ever since, which is how, in late 1994, I ended up in a theater screening Nobody’s Fool — a film that would go on to be my all-time favorite while leading me to the writing of Richard Russo, whose 1993 book of the same name forms the basis for the story.

I didn’t read Nobody’s Fool right away; I loved the movie so much, I didn’t want to ruin it by going to the source material. Instead, I picked up a copy of Russo’s next release, 1997’s Straight Man, which — you guessed it — ended up becoming my all-time favorite book. It was through Russo’s work that I first appreciated the incredibly vast possibilities of a story in which nothing really happens on the surface, yet the characters are so vividly written that it’s almost painful to let them go. I grew up reading Stephen King and Piers Anthony, and graduated to William Diehl spy novels in high school — all worthwhile in its own right, but also the type of storytelling that can get away with, or even benefit from, being plot-driven. Those books spanned continents, galaxies, even dimensions; Russo’s often took place within a few blocks over a span of decades, but they felt richer.

It was Russo’s dialogue that floored me the most. If you’ve seen Nobody’s Fool, you know the characters are full of casually tossed-off one-liners that are perfectly constructed without feeling artificial. “Sixty years old and still getting crushes on other men’s wives. I would hope by the time I’m your age, I’m a little smarter than that,” Bruce Willis’ character says to Newman at one point. “Can’t hurt to hope,” shrugs Newman. “You sure are off to a slow start.”

His books are full of stuff like that — Straight Man had me howling at points — but they aren’t sitcom stories; there’s a real depth of feeling to them, especially if you’re a reader for whom characters colored with a blend of melancholy and bemusement are prone to strike a chord. I’ve read most of Russo’s work at this point, and loved just about all of it, but no matter how many books he writes, I’ll always associate him with Paul Newman, which is why his last two releases have been such bittersweet treats.

The first of the pair, Everybody’s Fool, arrived in May 2016, and was one of those releases that gave me a rush of anticipation when I read of its existence. As is likely apparent from the title, it’s a sequel to Nobody’s Fool — one I never thought I’d get to read, given the fact that Russo isn’t the type of writer who tends to crank ’em out by the franchise. Although he’d gone on to win a Pulitzer in the years after its release, Fool wasn’t exactly a blockbuster, and neither was the movie it inspired — and with the death of Paul Newman in 2008, I’d long since assumed I’d never get to see the further adventures of Donald “Sully” Sullivan, the small-town aging ne’er-do-well he played so brilliantly.

Russo went on to work with Newman in a subsequent picture, Twilight, a languid mystery that co-starred James Garner, Gene Hackman, and Susan Sarandon — the type of picture they really just don’t make anymore, and whose rarity makes it possible to overlook its logy pacing and the fact that, despite its thriller-ish trappings, it has a very Russo script, which is to say that ultimately, nothing much really ends up happening (although it’s all still very entertaining if you can settle into its rhythm). They had a connection beyond Nobody’s Fool is what I’m saying, and as much as it saddened me to say goodbye to my favorite actor, I think Richard Russo was bidding farewell to something of a friend. As much as Everybody’s Fool was wish fulfillment for me, I think it was all that and more for him — a long-delayed grace note for a character I’d long loved almost as much as I admired the actor who brought him to life.

All of which brings me to Trajectory, the collection of short stories Russo released last May. As I tend to do with every new Russo release, I dutifully pre-ordered it as soon as its impending arrival was announced, but for one reason or another, I neglected to read it for months. It was only just before the end of the year that I finally got around to opening it — and was shortly chagrined to discover that I’d already read a major portion of it in Russo’s Nate in Venice novella. This is not to say that there aren’t significant pleasures to be found in the book — like “Milton and Marcus,” the story of a novelist who’s lured back into the Hollywood game by belated interest in the start of a screenplay he’d long ago written for a deceased acting legend and his frequent co-star, the latter of whom now wants to film it with a different partner.

Even if you don’t already know that Russo spent some time working on a screenplay for Newman and his Butch Cassidy and the Sundance Kid/The Sting co-star Robert Redford, it isn’t hard to see real life seeping in at the margins of “Milton and Marcus,” and lament the lost cinematic magic that might have transpired if they’d managed to get one last big-screen caper off the ground. If I’ve got my facts straight, Russo took a pass at a script for the long-gestating adaptation of Bill Bryson’s Appalachian hiking memoir A Walk in the Woods, which Redford ultimately ended up filming with Nick Nolte after Newman’s death; in “Milton and Marcus,” the script in question is a Sting-style con adventure, with two old sparring partners reunited in pursuit of a common enemy.

The script isn’t really the story, and neither is the Newman-esque figure whose decade-ago death looms over “Milton and Marcus.” But those details add warmth and weight to what might otherwise be the fairly ordinary tale of an aging writer at a crossroads — you can hear Newman and Redford’s voices in the glimpse of the screenplay you’re given, and it would have been perfect for the two of them. Like Everybody’s Fool, it underscores what’s been lost while offering an unexpected gateway to the past. A shot at redemption through a belated understanding of what might have been, and a reaffirmation of time’s deceptive speed. It’s never too late, these stories remind the reader, until it is. Act accordingly.

That hopeful resistance against the dying of the light is a recurring theme in Trajectory, and it hits home with me. It’s why I’m here — trying to figure out whether I still have a voice with anything to say, or whether I’ve let my muse wither for too long. This type of reflection once came so easily to me that it might as well have been automatic, and now I need to wrestle with my thoughts before I can get them out. Is that a positive byproduct of experience, or a sign that my time’s up? I think I know how Richard Russo would end the story, but I’m not so sure about my own.

In the meantime, this has definitely been a day of hearing echoes in the pop culture I’ve consumed. I spent part of the morning listening to Rodney Crowell’s Close Ties, a collection of clear-eyed, beautifully written reflections on a lifetime of love and loss. My favorite might be “It Ain’t Over Yet,” a collaboration with Rosanne Cash and ex-Civil Wars member John Paul White:

Sing it, you three. May that title ring true for all of us hoping for a little more time.

Currently watching while running: The Searchers, upon being admonished by a friend after admitting I’d never seen a John Wayne movie.