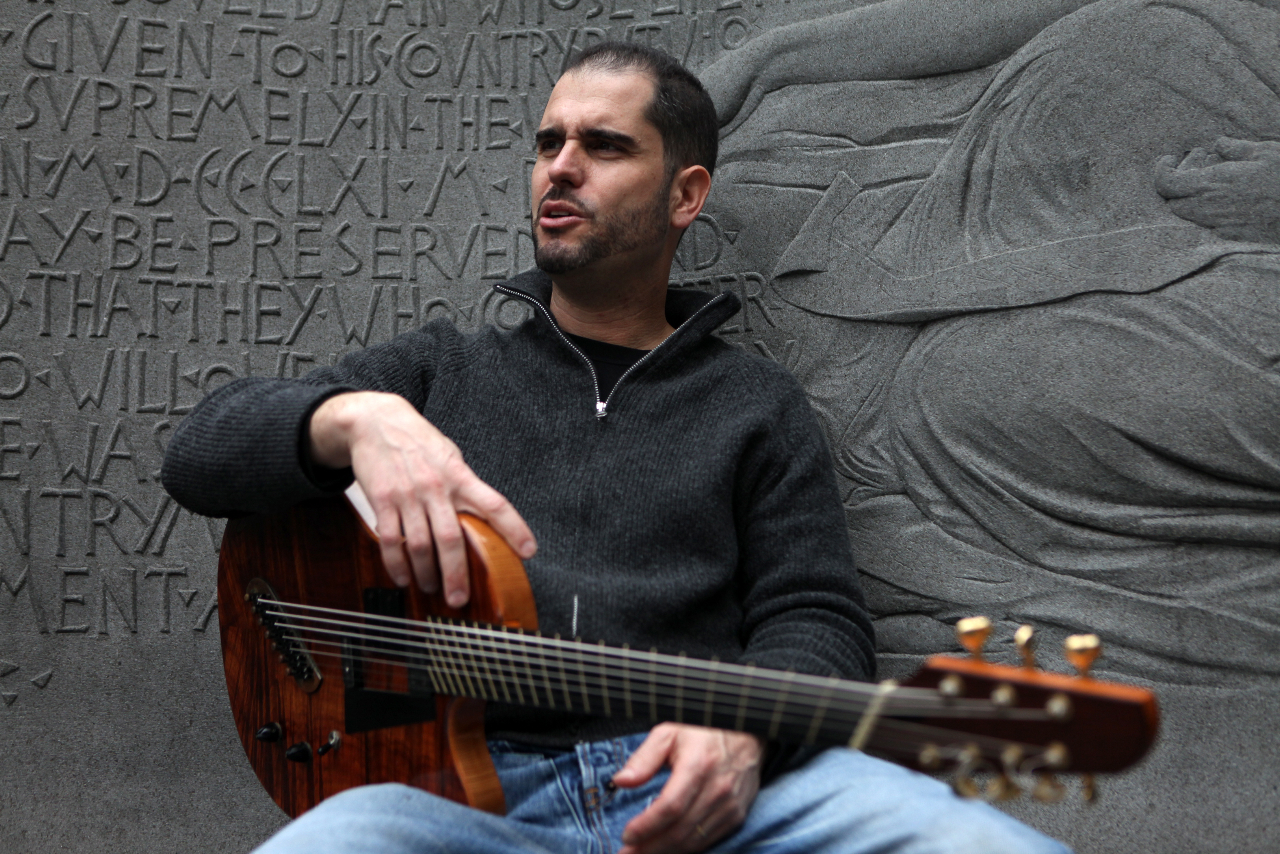 There are artists whose music I love, but whose output I find too prolific to follow — guys like Bill Mallonee, who I think is a genius songwriter but blasts records out at a bewildering pace, or Charlie Hunter, who seems to eat, sleep, and breathe with his trademark seven- and eight-string guitars strapped around his neck.

This often makes me sad, because I feel like a bad fan, but it can also lead to moments like the one I had earlier this week, when I happened to catch a Facebook post from Hunter featuring a shot of the (apparently still not for sale) vinyl version of his fabulously titled Gentlemen, I Neglected to Inform You You Will Not Be Getting Paid. Hoping to buy it, I headed to Hunter’s site, where I discovered that in addition to his current PledgeMusic project with Dionne Farris, he’d gone and released a pair of new records lately.

First, there’s Omaha Diner, which finds Hunter working with drummer Bobby Previte, trumpeter Steve Bernstein, and Skerik on sax. Their manifesto: “The Diner only plays #1 hits. If it didn’t make it to #1, they don’t play it.”

Their self-titled LP contains Diner-ized versions of “Locked Out of Heaven,” “Thrift Shop,” “Single Ladies,” “The Reflex,” “Wishing Well,” “Lose Yourself, “Another One Bites the Dust,” “War,” and “Big Girls Don’t Cry” — and although this isn’t a Charlie Hunter record per se, each cut is full of that fat, shambolic sound that comes from being a big enough badass that you can roll the two-inch tape and rock, and stay loose enough to keep things funky. It’s good stuff.

Also good stuff: Pucker, the new 11-song set from drummer Scott Amendola. Again, not technically a Hunter record; Amendola wrote the songs, after all. But this is more than Hunter returning the favor for Amendola keeping the beat on 2012’s Not Getting Behind Is the New Getting Ahead — Hunter said he wanted to take a break from writing and just play, and his work here bubbles and buzzes with an infectious playfulness. I’ve spent the last couple of days with both of these albums on constant repeat, and I thought you might like them too. Hit the links anywhere in this post to buy ’em.